We have added six new titles to our ever-growing Book Club in a Bag collection! Follow these links to read more about each new addition:

The Music Shop by Rachel Joyce

“The Music Shop is an unabashedly sentimental tribute to the healing power of great songs, and Joyce is hip to greatness in any key. Her novel's catalogue stretches from Bach to the Beach Boys, from Vivaldi to the Sex Pistols. […] Joyce's understated humor around these odd folks offers something like the pleasure of A.A. Milne for adults. She has a kind of sweetness that's never saccharine, a kind of simplicity that's never simplistic. Yes, the ending is wildly improbable and hilariously predictable, but I wouldn't change a single note.” —Ron Charles, The Washington Post 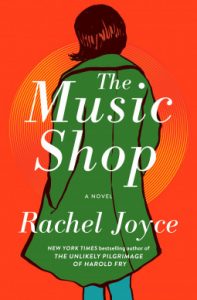 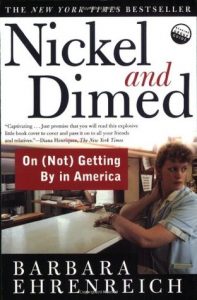 Nickel and Dimed by Barbara Ehrenreich

"Valuable and illuminating…We have Barbara Ehrenreich to thank for bringing us the news of America's working poor so clearly and directly, and conveying with it a deep moral outrage. . . . She is our premier reporter of the underside of capitalism." —Dorothy Gallagher, The New York Times Book Review

"With grace and wit, Ehrenreich discovers…the irony of being nickel and dimed during unprecedented prosperity...Living wages, she elegantly shows, might erase the shame that comes from our dependence on the underpaid labor of others.”— Eileen Boris, The Boston Globe

“Drunk on dot-coms and day trading, America has gone blind to the downside of its great prosperity. In Nickel and Dimed, Ehrenreich expertly peels away the layers of self-denial, self-interest, and self-protection that separate the rich from the poor, the served from the servers, the housed from the homeless. This brave and frank book is ultimately a challenge to create a less divided society.”—Naomi Klein

Orlando uses gender to imagine what it would be like if our social identities were less bound to our bodies. Would there be gender hierarchies in our society if we could really experience how the other half lives? Orlando is making an argument for the power of imagination: sure, we're all bound to our own bodies, and not many of us will be lucky enough to live 400 hundred years, like Orlando does. But we all have the capacity to empathize with others in the pursuit of deeper truths about the human experience, unbound by gender, race, and place; we can use our imagination to try on someone else's experiences for a day. —Schmoop 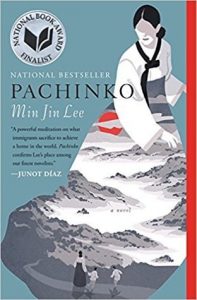 “Much of the novel’s authority is derived from its weight of research, which brings to life everything from the fishing village on the coast of the East Sea in early 20th-century Korea to the sights and smells of the shabby Korean township of Ikaino in Osaka–the intimate, humanising details of a people striving to carve out a place for themselves in the world. Vivid and immersive, Pachinko is a rich tribute to a people that history seems intent on erasing.” —Tash Aw, The Guardian

“[…] the language that Mock uses in her memoir is carefully constructed in a way that maintains a balance of realness and honesty, but is also accessible to folks from all walks of life. Redefining Realness is for trans women, and for trans men. It’s for cisgender people, and teenagers, and older people. It’s for sisters and brothers, mothers and fathers, and for allies, who Mock urges to use their access to help the voices of others be heard. Redefining Realness is for anyone who wants to experience a raw story unfold before them, and anyone who, like Janet Mock, desires a more equal world.” —One Equal World 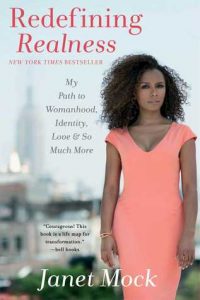 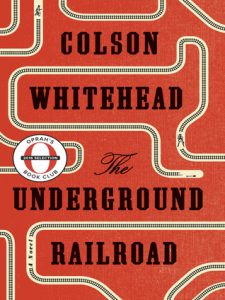 The Underground Railroad by Colson Whitehead

“In The Underground Railroad, Whitehead has created a portrayal of pre-Civil War America that doesn't shy away from the inhumanity that wounded this country, nearly mortally, wounds that still haven't healed. Whitehead proves once again that he's a master of language—there are no wasted words in the book, and it's apparent that each sentence was crafted with exacting care.” —Michael Schaub, NPR