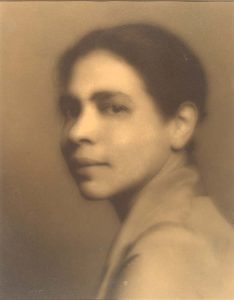 Nella Larsen’s work, though having been largely unrecognized in the literary tradition, is an important piece of the Harlem Renaissance. Nella Larsen was a librarian—a children’s librarian, to be specific, at the 135th Street Branch of the New York Public Library. She studied at Fisk University for nursing, and later at New York Public Libraries librarian training program (back when you didn’t have to go to college for every job). 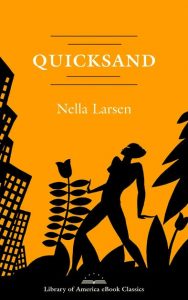 Larsen was the daughter of a Danish woman and a black West Indian father. Her mixed race often kept her from fitting into any one community and factored into her writing. Her novella, Quicksand, follows the story of Helga Crane, a hyperaware and vastly intelligent woman who struggles to find a place where people will accept her as her and not just half of her. Her mother is white and her father is black, and much like Nella’s real life, her father was gone. Helga’s mother then marries a European man and is promptly left out of the family. Her white mother, wishing to expunge the memory of Helga’s father, disowns Helga. Helga travels for a time, working many jobs as an academic, but never finds her place. When in the black Harlem community, she is expected to be black and is always viewed as only white only black. She struggles for acceptance as a whole person throughout the novella. 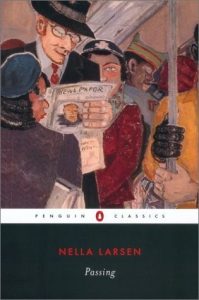 Passing took this idea a step further with one of the characters hiding half her identity. It follows two estranged friends, Clare and Irene, who end up in different worlds when they part ways. Irene, raised by two white aunts, “passes” for white and has not told her husband, a wealthy white man named Jack. Both women could pass for white, but only one, Clare, chooses not to. Both women begin to rekindle their friendship when Irene’s marriage is in danger of ending, but this causes further problems for the two…. 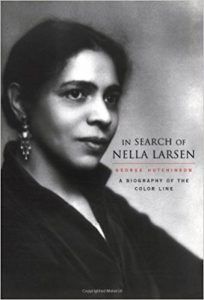 Both stories carry the autobiographical weight of experience. Larsen dealt with many of these events herself and perhaps some other passing friends. You can find Nella Larsen’s books in Center for the Reader as well as the Entertainment, Literature, and Biography wing at Central Library.

Books to check out:

The Complete Fiction of Nella Larsen

In Search of Nella Larsen

Women of the Harlem Renaissance