For 40 years the Negro National League and other black baseball leagues throughout the country provided Americans with some of the best baseball games and players ever seen on the diamond. Read all about them with these titles from our digital collections. 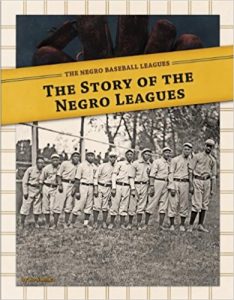 Review provided by Hoopla
The Story of the Negro Leagues covers the history of the Negro Leagues, their great pitchers and hitters, and the era of integration with Major League Baseball. Readers will learn the history of the Negro leagues beginning with baseball's beginnings with Abner Doubleday, to the first Negro League game between the Henson Base Ball Club and the Weeksville Unknowns. Follow the discrimination that led to the Great Migration that brought Southern blacks north, and visionaries such as Rube Foster and William Greenlee and their creation of the Negro Leagues including the Negro National League, Eastern Colored League, and the Negro American League. Enjoy vivid descriptions of legendary players including the first black player in organized baseball, John Fowler, and Moses Walker, the first black major leaguer. Players such as John O'Neil, Satchel Paige, Jackie Robinson, Willie Mays, Ernie Banks, Roy Campanella, Larry Doby, Junior Gilliam, Minnie Minoso, James Bell, Josh Gibson, George Suttles Martin Dihigo, Connie Johnson, Charlie Grant are also included. SportsZone is an imprint of ABDO Publishing Company. 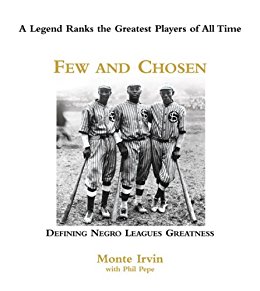 Review provided by OverDrive
Monte Irvin, a New York Giants star player who got his start in the Negro Leagues, pays homage to baseball's unsung heroes and long-forgotten stars by selecting the top five players at each position and the top five managers, owners, pioneers, or organizers from the Negro Leagues. 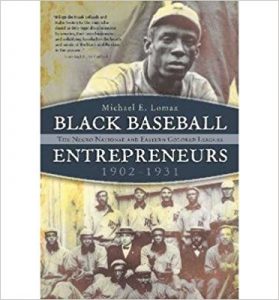 Review provided by Hoopla
As the companion volume to Black Baseball Entrepreneurs,1860-1901: Operating by Any Means Necessary, Lomax's new book continues to chronicle the history of black baseball in the United States. The first volume traced the development of baseball from an exercise in community building among African Americans in the pre-Civil War era into a commercialized amusement and a rare and lucrative opportunity for entrepreneurship within the black community. In this book, Lomax takes a closer look at the marketing and promotion of the Negro Leagues by black baseball magnates. He explores how race influenced black baseball's institutional development and how it shaped the business relationship with white clubs and managers. Lomax explains how the decisions that black baseball magnates made to insulate themselves from outside influences may have distorted their perceptions and ultimately led to the Negro Leagues' demise. The collapse of the Negro Leagues by 1931 was, Lomax argues, "a dream deferred in the overall African American pursuit for freedom and self-determination." 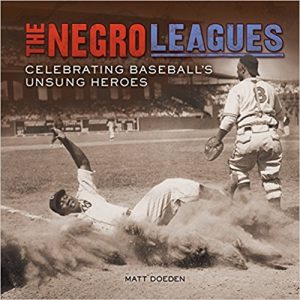 Review provided by Hoopla
In the early 1900's, professional baseball was mostly segregated. The Negro Leagues provided an alternative for African American players. Discover the history of African American baseball and the people who worked to end the sport's decades of segregation.