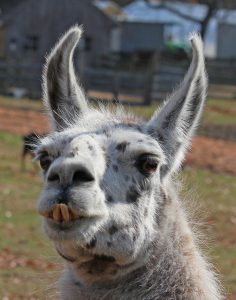 It's been said that St. Louisans have elevated the act of slow-cooking meat to an art form, so who better appreciates any event where the participants are ultimately feted with BBQ sauce? No one has to tell you it’s time for the National Western Stock Show in Denver…. not only does it seem to coincide with the coldest weather of the season, but you can smell it for miles around every January! 2018 promises to be just as pungent as the city welcomes more than 20 breeds of beef cattle, bison, yak, and longhorn, in addition to sheep, swine, goats, poultry, llamas and alpacas.

Officially established in 1906, this event, billed the Super Bowl of Live Stock Shows, is like a state fair on steroids. Although the locals hit the complex for Old West tchotchkes, cowboy paraphernalia, and distinctive fair food, the stockyards are where ranchers from around the country engage in serious negotiation over livestock and genetic material. Cattle breeders pimped their livestock (Scroll to Herdsire/Heifer Mart) to the tune of $10 million during the 16 day run of the Stock Show in 2017.

“It’s boots and chaps, it’s cowboy hats, it’s spurs and latigo, it’s the ropes and the reins, and the joy and the pain, and they call the thing rodeo…” After cooing over the animals, be sure to explore Colorado’s largest agricultural trade show, over 20 different professional rodeos, world-class equestrian shows, extreme dog competitions, and best of all… mutton busting! Imagine if you will, anticipation mounting as riders step up to the chute to the roar of the crowd, the thumping crowd-pleasing music and the sounds of livestock receding as they prepare themselves for a ride that will last only seconds and almost surely end with them being hurled to the ground with force. And you hold your breath as the rider, aged four to seven and bundled from helmet to boots, straddles a woolly sheep as it’s released into the arena and tries desperately to hang on for six long seconds…

…but I digress. We at Center for the Reader are only able to attend the Stock Show in spirit this year, and we invite you along for the ride. Our herd of offerings represent the diversity of the animals on exhibit. Annotations courtesy of goodreads.com. 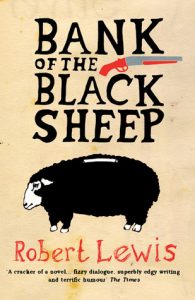 Bank of the Black Sheep: Ex-PI Robin Llywelyn wakes up handcuffed to a hospice bed, full of morphine and with a fading memory as the cancer closes in. Unfortunately, he leaves a lot of loose ends. Prosecuted for crimes he can't remember committing and pursued by cops and criminals alike, he discovers that a hidden fortune is waiting. Llywelyn's last case sees him in a race against the reaper to score the final haul. 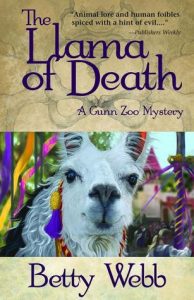 Zookeeper Teddy Bentley takes Alejandro, the Gunn Zoo llama, to a Monterey Bay-area Renaissance Faire only to discover the still-warm body of the Reverend Victor Emerson, owner of the local wedding chapel, dressed in his royal robes as Henry the Eighth. At first it appears as if Aljandro stomped the man to death, but a closer look reveals a crossbow dart in the man's back. Teddy's investigation proves the "reverend" isn't really a reverend at all--he's an escaped convict, and every marriage he's performed in the past twenty years is null and void. As Teddy continues her investigation, she finds herself up to her ears in girl gang members, squabbling boat live-a-boarders, Renaissance Faire actors and stuntmen, and assorted animals. Written with a humorous touch, The Llama of Death portrays Renaissance Faire life, and gives the reader a rare behind-the-scenes look at modern zoos. 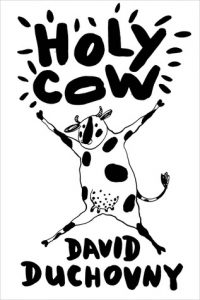 Holy Cow: Elsie Bovary is a cow and a pretty happy one at that--her long, lazy days are spent eating, napping, and chatting with her best friend, Mallory. One night, Elsie finds herself drawn to the farmhouse. Through the window, she sees the farmer's family gathered around a bright Box God-and what the Box God reveals about something called an "industrial meat farm" shakes Elsie's understanding of her world to its core. There's only one solution: escape to a better, safer world. Elsie is our wise-cracking, pop-culture-reference-dropping, slyly witty narrator; Tom, the suave turkey who does eventually learn to fly (sort of), dispenses psychiatric advice in a fake German accent; and Shalom, the cranky Torah-reading pig rejected by his adopted people in Jerusalem, ends up unexpectedly uniting Israelis and Palestinians. 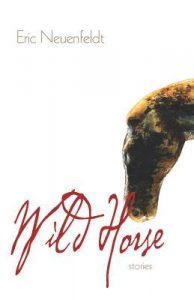 Winner of the prestigious Grace Paley Prize, Wild Horse explores human experience in forgotten places of America's industrial decline. An orphaned boy fights to keep the dilapidated home that contains the memory of his family. A sawyer's nephew scrambles to recall the skills of the trade in the wake of his uncle's death. A corrections teacher strains to give his son direction in a remote prison town after his addict mother deserts them. These stories create a portrait of the difficult decisions people must make in unforgiving surroundings and the consequences of the battle to press on. 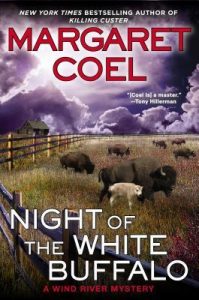 Night of the White Buffalo: A mysterious penitent confesses to murder and then flees the confessional before Father John can identify him. Two months later, rancher Dennis Carey is discovered shot dead in his truck along Blue Sky Highway. With the tragic news comes the exposure of an astonishing secret: the most sacred creature in Native American mythology, a white buffalo calf, was recently born on Carey’s ranch. Making national headlines, the miraculous animal draws a flood of pilgrims to the reservation, frustrating an already difficult investigation. As visitors throw the reservation into turmoil, Vicky and Father John try to unravel the strange events surrounding both Carey’s murder and the recent disappearances of three cowboys from his ranch. And at the back of Father John’s mind is the voice from the man in the confessional: I killed a man.

Animal Farm: As ferociously fresh as it was more than a half century ago, this remarkable allegory of a downtrodden society of overworked, mistreated animals and their quest to create a paradise of progress, justice, and equality is one of the most scathing satires ever published. As we witness the rise and bloody fall of the revolutionary animals, we begin to recognize the seeds of totalitarianism in the most idealistic organization; and in our most charismatic leaders, the souls of our cruelest oppressors.