And it was at that age ... poetry arrived in search of me.
-Pablo Neruda

National Poetry Month is in full bloom here at Central Library.. be sure to catch the Poetry Open Mic Night at Central Library on April 27th from 6-8 pm in the Creative Experience. Hosted by local poet, Derek Hudson, come in early to sign up for one of twenty 5-minute slots.

Stop by the Entertainment, Literature & Biography room to grab a book from the poetry display and make your own poem on the poetry felt board: 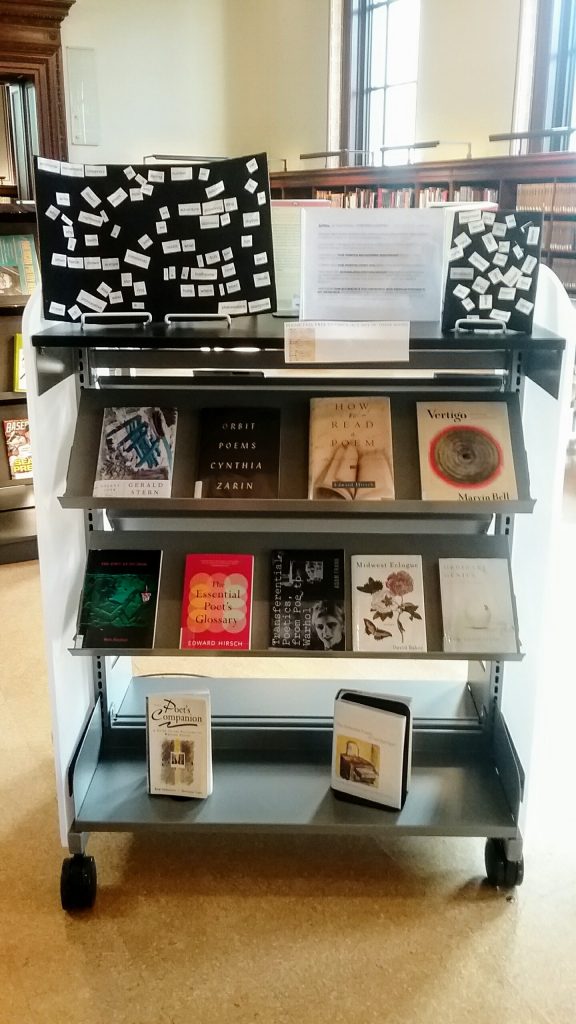 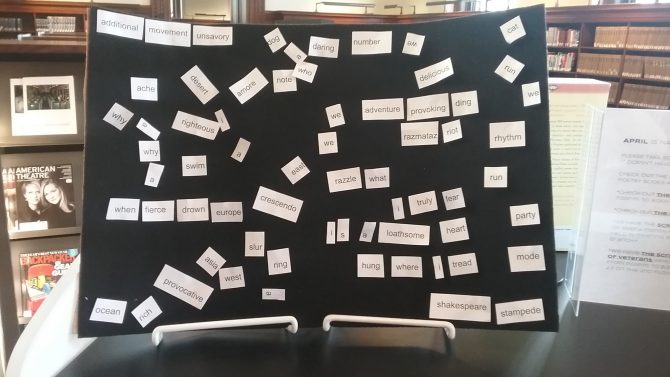 For a fun poetry exercise to do at home, try blackout poetry.   Entertainment, Literature & Biography also has a stack of pre-copied pages for patrons to use to make their own blackout poems. Check out the blackout poem below, made by Social Science Librarian, Lisa Thorp:

the Duke and Duchess
four trombones and four shawms
(not an uncommon pattern)
In court invoices from the later yeras of Henry VIII's reign
relationship is important
prominence in the configuration
the closing decades
the idiom of both instruments
in many respects quite different
not equaled for subtlety and versatility
the greatest virtuosi
existence of a body
stimulated the creation
this grouping gained further
double voices in church
three are marked
questions raised
quite how popular or standard it was
may be somewhat overstated
the period because of the prominence
dedicated repertoire
modern times
or indeed on modern trumpets
originally with a greater mix
instrumental colours, as it was
with courtly dance
according to the older tradition
title-page engravings
mixed rather than homogeneous
'per cantare e sonar'
frequently encountered prefatory comments
go yet further
the instructions
declare the contents

*Special thanks to super SLPL staff member Ashley Grysen for the lovely displays!