Nothing like taking a plane ride to anywhere just for a little break from the daily routine. Another great way to get away is to view one of these amazing plane rides of a movie. Here are some of our favorites. 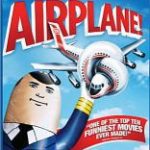 The gold standard of plane movies, this comedy film starring Leslie Nielsen, opens a new window, Lloyd Bridges, opens a new window and basketball legend Kareem Abdul-Jabbar. After a bad in-flight meal sickening nearly everyone on board, it’s up to ex-pilot, now passenger Ted Striker to overcome his past trauma and land the airplane safely winning back the love of flight attendant girlfriend. Hilarity ensues.

Starring Tom Cruise, opens a new window and Val Kilmer, opens a new window, this movie features all the right moves from a bunch of competitive flight school students. Cruise stars as “Maverick” a hotshot pilot who has some past trauma to overcome from the untimely death of his father in Vietnam. And then there’s the loss of “Goose” his navigator. Of course, he’ll face the ultimate test of discipline trying to earn those wings and become a top gun. 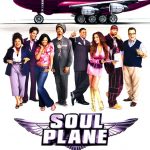 Following in the tracks of the hugely successful Disney Pixar film “Cars” this movie is essentially the same storyline about a crop-dusting plane named “Dusty Crophopper” who dreams to fly in the big race. Of course, there is the very big problem to overcome with his fear of heights getting in the way. Here to help are a few sky veterans that train the youngster all the tricks he’ll need to become the champion he thinks he can be.

Starring Tom Hanks, opens a new window and directed by Clint Eastwood, opens a new window this is the based-on-a-true-story movie about the emergency landing on the Hudson River by Captain “Sully” Sullenberger. A few minutes after takeoff the plane strikes a flock of birds and loses both engines and makes a crash landing unavoidable. Fortunately the quick thinking pilot glides the plane to safety but suffers from trauma after his amazing heroic act.