Mother's Day is a time to recognize mothers and mother figures. Read about mother relationships with these eBooks from our digital collections. 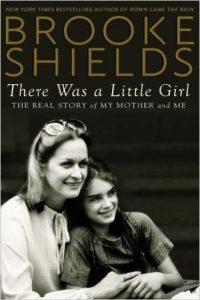 Brooke Shields never had what anyone would consider an ordinary life. She was raised by her Newark-tough single mom, Teri, a woman who loved the world of show business and was often a media sensation all by herself. Brooke's iconic modeling career began by chance when she was only eleven months old, and Teri's skills as both Brooke's mother and manager were formidable. But in private she was troubled and drinking heavily. 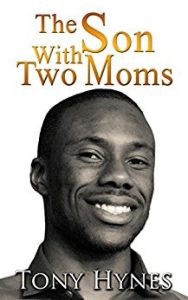 I was taken in at the age of three by Mary Hynes and Janet Simons, after being separated by my schizophrenic mother shortly after birth. I was shuffled in and out of aunts' and uncles' homes before being placed in an orphanage, where I remained for two years. After a tumultuous court battle, I went home with the only two women brave enough to raise me. However, neither I nor my guardians could have imagined the trials awaiting our family after the proceedings ended. This story is about a young boy adopted by two lesbians of a different race than mine. However, it is much more than that. The harrowing custody battle that shaped an otherwise beautiful childhood, and my mother's battle with cancer, forced me to look at the world in shades of grey at a far younger age than I would have liked. Those experiences, many of them dealing with issues of race and sexuality, helped me stand out when I wanted to fit in. I yearned to be an average child, but people kept asking me about the two women who came to pick me up from school everyday. "Why are they white? And do they sleep in the same bed?" Children kept asking, waiting for an answer. My responses to their queries began to dovetail into deeper stories, explaining not only my life, but my viewpoints as well. One day a college professor discovered one of these viewpoints in one of my papers and suggested I keep writing. Although sharing my story with my closest friends was hard, the prospect of opening up my life to multitudes of people I didn't know was harder. However, in spite of myself, I began to write. From my mother's last hospital stay to my grandmother's questioning of my sexuality, to the first time I was ever told my moms were going to hell: every moment was important, and every event became a chance to become a better person by standing up for what I believed in, my family. 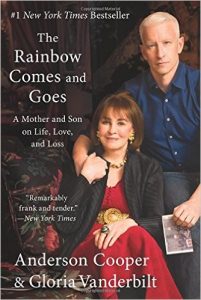 A charming and intimate collection of correspondence between #1 New York Times bestselling author Anderson Cooper and his mother, Gloria Vanderbilt, that offers timeless wisdom and a revealing glimpse into their lives. Anderson Cooper's intensely busy career as a journalist for CNN and CBS' 60 Minutes affords him little time to spend with his ninety-one year old mother. After she briefly fell ill, he and Gloria began a conversation through e-mail unlike any they had ever had before—a correspondence of surprising honesty and depth in which they discussed their lives, the things that matter to them, and what they still want to learn about each other. 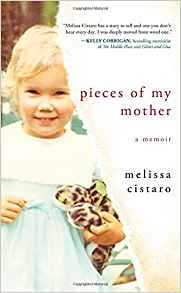 This provocative, poignant memoir of a daughter whose mother left her behind by choice begs the question: Are we destined to make the same mistakes as our parents? One summer, Melissa Cistaro's mother drove off without explanation Devastated, Melissa and her brothers were left to pick up the pieces, always tormented by the thought: Why did their mother abandon them? Thirty-five years later, with children of her own, Melissa finds herself in Olympia, Washington, as her mother is dying. After decades of hiding her painful memories, she has just days to find out what happened that summer and confront the fear she could do the same to her kids. But Melissa never expects to stumble across a cache of letters her mother wrote to her but never sent, which could hold the answers she seeks. Haunting yet ultimately uplifting, Pieces of My Mother chronicles one woman's quest to discover what drives a mother to walk away from the children she loves. Alternating between Melissa's tumultuous coming-of-age and her mother's final days, this captivating memoir reveals how our parents' choices impact our own and how we can survive those to forge our own paths.