Have you ever wonder who the author, Mother Goose, is? Her stories and rhymes were first told through oral storytelling and then published over centuries. Read about the classic rhymes with these titles from our digital collections. 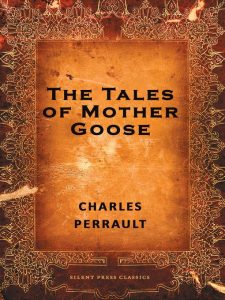 Beloved fairy tale author Charles Perrault published the first known version of The Tales of Mother Goose in 1697, under the French title Histoires ou contes du temps passés, avec des moralités. The collection includes "The Sleeping Beauty", "Little Red Riding Hood", and "Cinderella", as well as many others that would go on to become adored favourites, several of which are thought to be inventions of Perrault himself. The stories each end with a rhyming moral and have gone on to spawn countless film, television, novel, musical and stage adaptations to the delight of modern audiences. 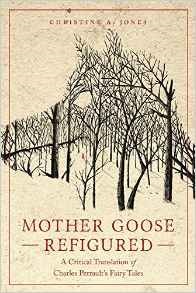 Charles Perrault published Histoires ou Contes du temps passé ("Stories or Tales of the Past") in France in 1697 during what scholars call the first "vogue" of tales produced by learned French writers. The genre that we now know so well was new and an uncommon kind of literature in the epic world of Louis XIV's court. This inaugural collection of French fairy tales features characters like Sleeping Beauty, Cinderella, and Puss in Boots that over the course of the eighteenth century became icons of social history in France and abroad. Translating the original Histoires ou Contes means grappling not only with the strangeness of seventeenth-century French but also with the ubiquity and familiarity of plots and heroines in their famous English personae. From its very first translation in 1729, Histoires ou Contes has depended heavily on its English translations for the genesis of character names and enduring recognition. This dependability makes new, innovative translation challenging. For example, can Perrault's invented name "Cendrillon" be retranslated into anything other than "Cinderella"? And what would happen to our understanding of the tale if it were? Is it possible to sidestep the Anglophone tradition and view the seventeenth-century French anew? Why not leave Cinderella alone, as she is deeply ingrained in cultural lore and beloved the way she is? Such questions inspired the translations of these tales in Mother Goose Refigured, which aim to generate new critical interest in heroines and heroes that seem frozen in time. 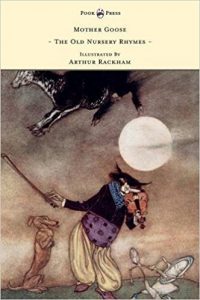 This book is a collection of the best known nursery rhymes illustrated by Rackhams obscure, humourous and imaginative colour plates and black and white line drawings. Many of the earliest children's books, particularly those dating back to the 1850s and before, are now extremely scarce and increasingly expensive. Pook Press are working to republish these classic works in affordable, high quality, colour editions, using the original text and artwork so these works can delight another generation of children. About the Illustrator: Arthur Rackham (1867-1939) was one of the premier illustrators of the early 20th Century. He illustrated many books, the first of which was published in 1893. His humour, romance and soul made him the leading illustrator of the early twentieth century and his work is to be found in versions of almost every classic from Hansel and Gretel to The Tempest, from The Pied Piper to Peer Gynt. Characteristic of his work are gloomy forests of sinuous trees, nubile fairy maidens, and unsightly ogres and trolls. Throughout his career he developed a very individual style that was to influence a whole generation of children, artists and other illustrators. His haunting humour and dreamlike romance adds to the enchantment and fantasy of children's literature.

Sing a song o' sixpence -- The story of Little Boy Blue -- The cat and the fiddle -- The black sheep -- Old King Cole -- Mistress Mary -- The wond'rous wise man -- What Jack Horner did -- The man in the moon -- The jolly miller -- The little man and his little gun -- Hickory dickory dock -- Little Bo-Peep -- The story of Tommy Tucker -- Pussy-cat Mew -- How the beggars came to town -- Tom, the piper's son -- Humpty Dumpty -- The woman who lived in a shoe -- Little Miss Muffet -- Three wise men of Gotham -- Little Bun Rabbit.