There are more than 3,000 species of mosquitoes. There are three types that bear the responsibility for spreading mosquito-borne diseases to humans. Protect yourself from these blood sucking insects with these titles from our digital collections. 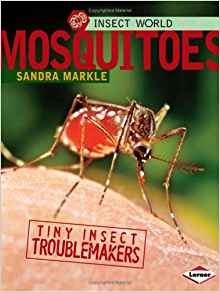 Look out for these public enemy's-mosquitoes-as they are after blood! Mosquito females need a meal of blood before they can lay their eggs. They target humans and animals and zoom in for a feast. But these insects may do more harm than causing itchy welts. Mosquitoes can also pass along a number of serious and deadly diseases to those they bite. Humans have developed a number of ways to get rid of mosquitoes, from spreading chemicals to putting mosquito larvae-eating fish in ponds. Yet mosquitoes are also a food source for many animals. Without these pests, birds, bats, and other animals in the food chain might be affected. In this exciting book, you can learn what makes mosquitoes similar to and different from other insects. Close-up photographs and diagrams reveal extraordinary details about mosquitoes' bodies, both inside and out. And you can perform activities that help you understand how mosquitoes feed and what you can do to keep them away. Learn more about this exciting member of nature's fascinating Insect World! 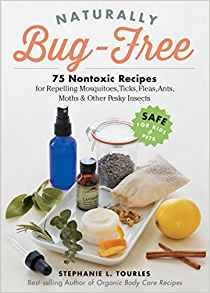 Protect yourself, your children, your pets, and your home from bugs — without using harsh or toxic chemicals! Herbalist Stephanie Tourles offers 67 simple recipes for safe, effective bug repellents you can make at home from all-natural ingredients. For protection from mosquitos, ticks, and other biting insects, there are sprays, balms, body oils, and tinctures, with scents ranging from eucalyptus to floral, lemon, vanilla, and woodsy spice. There are also recipes for pets, such as herbal shampoo, bedding formulas, and flea-and-tick collars and powders. And Tourles includes repellents for the home, such as sachets that repel moths, carpet powders that repel fleas and ants, and essential oil repellents to keep your pantry pest-free. A detailed ingredient dictionary explains the properties of all the herbs, essential oils, and other key ingredients. 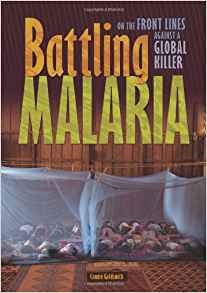 In North America, mosquito bites are usually only a nuisance. But in areas such as Africa and Southeast Asia, the bite can be deadly. There, many mosquitoes transmit a disease called malaria-and malaria can be a killer. In Africa, one child dies from malaria every thirty seconds. Worldwide, more than one million people die from malaria each year. What can be done to stop this global killer? This book examines how public health organizations work to protect people from malaria-carrying mosquitoes, how doctors care for people who do get malaria, and how researchers try to better understand and fight malaria. But malaria presents a complex puzzle for researchers. The parasite that causes malaria takes several different forms and can damage the body in many ways. Malaria does its worst damage among people in poor nations. These countries often have inadequate public health and medical systems, making prevention and treatment difficult. In addition, children who are sick with malaria cannot go to school. Adults with malaria cannot work. Thus malaria often pushes poor people deeper into poverty. Author Connie Goldsmith is a nurse and a medical writer. In Battling Malaria, Goldsmith tackles the topic with an expert's eye. She describes cutting-edge research, medications, and public health measures that might someday defeat malaria for good. 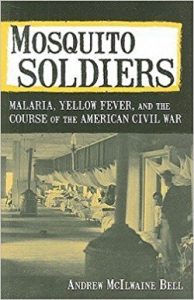 Of the 620,000 soldiers who perished during the American Civil War, the overwhelming majority died not from gunshot wounds or saber cuts, but from disease. And of the various maladies that plagued both armies, few were more pervasive than malaria -- a mosquito-borne illness that afflicted over 1.1 million soldiers serving in the Union army alone. Yellow fever, another disease transmitted by mosquitoes, struck fear into the hearts of military planners who knew that "yellow jack" could wipe out an entire army in a matter of weeks. In this ground-breaking medical history, Andrew McIlwaine Bell explores the impact of these two terrifying mosquito-borne maladies on the major political and military events of the 1860s, revealing how deadly microorganisms carried by a tiny insect helped shape the course of the Civil War. Soldiers on both sides frequently complained about the annoying pests that fed on their blood, buzzed in their ears, invaded their tents, and generally contributed to the misery of army life. Little did they suspect that the South's large mosquito population operated as a sort of mercenary force, a third army, one that could work for or against either side depending on the circumstances. Malaria and yellow fever not only sickened thousands of Union and Confederate soldiers but also affected the timing and success of certain key military operations.