Have you ever imagined high school kids being inventors? I think most people who like board games recognize the Parker Brothers.  George S. Parker created his first game, called Banking, in 1883 when he was just 16.  He founded his company, initially called the George S. Parker Company, in his hometown of Salem, Massachusetts, in the same year.

The Parker Brothers (there were three) created many games but it was not until the Great Depression that they released a new board game called Monopoly. Although their first attempt was unsuccessful, their second attempt at selling the game Monopoly was well received.  How many of you have played this game at some time?  And there are many specialized editions now.

Over the next few decades, the Parker Brothers also produced the games, Clue, Risk, and Sorry. These games are still favorites played today! 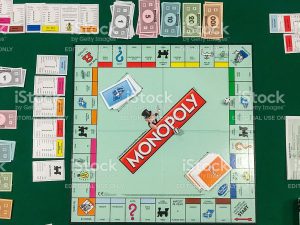