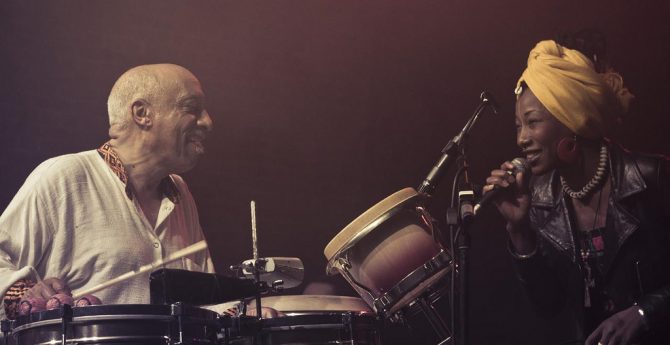 Historically, colonialism has had a devastating effect on the native people of Africa. The Berlin Conference in 1884 began the "Scramble for Africa," and in the thirty years that followed, European powers quickly colonized over 90% of the continent. All of the Western World powers fought bitterly over land, displacing and wiping out native populations. Following World War II, there was a trend of decolonization which lead to a long period of unstable governments and opportunistic despots, the effects of which are still being felt.

An unexpected benefit was the way Western culture was subsumed into traditional music. At the beginning of the Twentieth Century, Ghanaian Highlife already incorporated Western instruments. In the late 1960s, Fela Kuti's powerful Afrobeat energized the Lagos nightlife. An employee at Schlafly grew up in Nigeria and has some wild stories about the things he saw at Kuti's Afrika Shrine during the band's all night sets. In 1974, a festival was held in Zaire (now the Democratic Republic of Congo) that featured James Brown, The Spinners, Bill Withers and B.B. King. It was held in conjunction with Rumble in the Jungle fight between Muhammad Ali and George Foreman. The effect was immediate, and bands sprung up all over the continent. Nigerian William Onyeabor's synth-funk still sounds fresh and new, the Tuareg desert-blues of Tinariwen and Bombino combines Hendrix's searing guitar virtuosity with traditional melodies, Mulatu Astatke's distinctive Ethiopian jazz is suffused with Middle Eastern scales and his deep love of Latin rhythms.

The St. Louis Public Library is proud to hold an inclusive and cross-cultural collection of international music. These artists show that influence and inspiration can come from the most unlikely of sources. Also, it's all great party music.

The Best of the Black President

Who Is William Onyeabor?