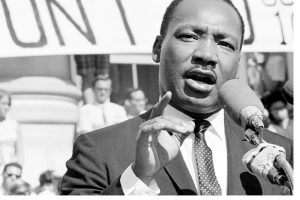 Rev. Dr. Martin Luther King Jr. is best known for his role in the advancement of civil rights using nonviolent civil disobedience based on his Christian beliefs. He led the 1955 Montgomery bus boycott, organized the 1963 March on Washington, advocated for civil disobedience and non-violent protest. He is one of the most influential figures in American history.

Here’s a look at some his most memorable speeches.

You can download or stream Rev. Dr. Martin Luther King, Jr. sermons and speeches from our digital collections and listen how he fought for justice. 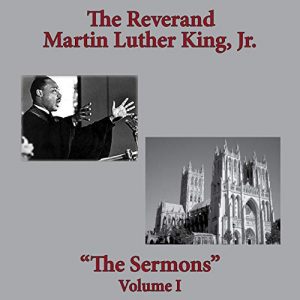 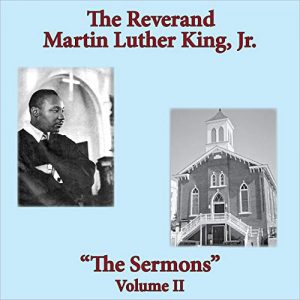 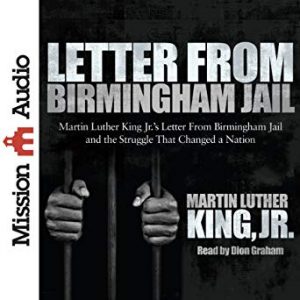 Review provided by Hoopla
April 16th. The year is 1963. Birmingham, Alabama has had a spring of non-violent protests known as the Birmingham Campaign, seeking to draw attention to the segregation against blacks by the city government and downtown retailers. The organizers longed to create a non-violent tension so severe that the powers that be would be forced to address the rampant racism head on. Recently arrested was Martin Luther King, Jr.. It is there in that jail cell that he writes this letter; on the margins of a newspaper he pens this defense of non-violence against segregation. 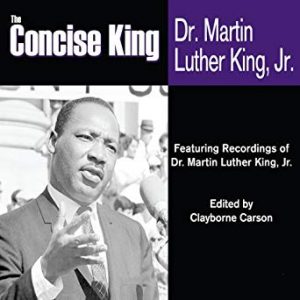 Review provided by Hoopla
For the first time, an edition of Martin Luther King's most important speeches and selected sermons are assembled and available on CD as a value-priced edition. Hachette Audio believes that the timeless message of King, in his own words and voice, are essential listening for any American and for any world citizen interested in American history, social justice, or non-violent protest. We hope to make these incredibly momentous speeches, extraordinary historical documents, accessible to an even wider population via this affordable offering.