Martin Luther King Jr. is best known for his role in the advancement of civil rights using nonviolent civil disobedience based on his Christian beliefs. These titles from our digital collections show you how he fought for justice. 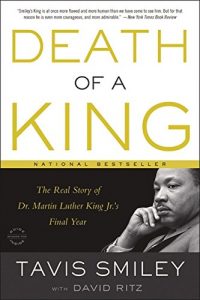 Review provided by OverDrive
A revealing and dramatic chronicle of the twelve months leading up to Dr. Martin Luther King, Jr.'s assassination Martin Luther King, Jr. died in one of the most shocking assassinations the world has known, but little is remembered about the life he led in his final year. New York Times bestselling author and award-winning broadcaster Tavis Smiley recounts the final 365 days of King's life, revealing the minister's trials and tribulations — denunciations by the press, rejection from the president, dismissal by the country's black middle class and militants, assaults on his character, ideology, and political tactics, to name a few — all of which he had to rise above in order to lead and address the racism, poverty, and militarism that threatened to destroy our democracy. Smiley's DEATH OF A KING paints a portrait of a leader and visionary in a narrative different from all that have come before. Here is an exceptional glimpse into King's life — one that adds both nuance and gravitas to his legacy as an American hero. 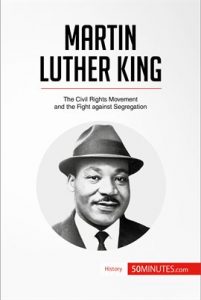 Review provided by Hoopla
Keen to learn but short on time? Get to grips with the life of Martin Luther King, Jr. in next to no time with this concise guide. 50Minutes. com provides a clear and engaging analysis of the life and political activism of Martin Luther King, Jr. In the mid-20th century, black Americans continued to experience widespread segregation and discrimination. This gave rise to a dynamic Civil Rights Movement which demanded equal treatment for all Americans. Martin Luther King, Jr. was a key figure in this movement, and the lasting impact of his powerful speeches and peaceful methods means that he remains one of the most widely known and admired political activists in the world. In just 50 minutes you will: • Learn about the various discriminatory measures affecting African-Americans from the Civil War onwards • Discover the role of Martin Luther King, Jr. and his doctrine of non-violence in the Civil Rights Movement • Understand the impact of King's actions and his continuing legacy in America and beyond. 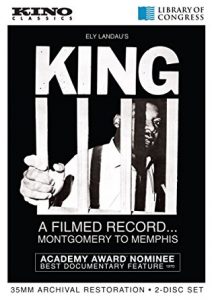 Review provided by Hoopla
Constructed from a wealth of archival footage, KING: A FILMED RECORD...MONTGOMERY TO MEMPHIS is a monumental documentary that follows Dr. Martin Luther King, Jr. from 1955 to 1968, in his rise from regional activist to world-renowned leader of the Civil Rights movement. Rare footage of King's speeches, protests, and arrests are interspersed with scenes of other high-profile supporters and opponents of the cause, punctuated by heartfelt testimonials by some of Hollywood's biggest stars.KING was originally presented as a one-night-only special event on March 20, 1970, at an epic length of more than three hours (plus intermission). Since that time, the film has occasionally been circulated in a version shortened by more than an hour. Newly restored by the Library of Congress, in association with Richard Kaplan, and utilizing film elements provided by The Museum of Modern Art, the original version of KING can again be seen in its entirety, mastered in HD from the 35mm preservation negative.Admitted to the National Film Registry in 1999, KING is a cinematic national treasure that allows viewers to be first-hand witnesses to Dr. King's crusade, and thereby gain a fuller appreciation of both the personal challenges he endured and the vast cultural legacy he left behind. 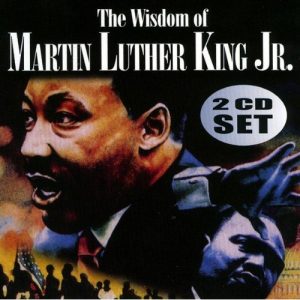