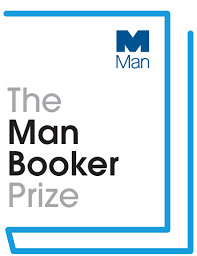 The Man Booker Prize, launched in 1969, awards any novel originally written in English and published in the United Kingdom in the year of the prize, regardless of the nationality of its author. The novel must be an original work in English, not a translation, and published by a registered UK imprint; self-published novels are not eligible. The prize for the best novel of the year, as determined by the opinion of the judges, is intended to increase the reading of quality fiction and to attract ‘the intelligent general audience.’ The judges are chosen from a wide range of disciplines, including critics, writers, and academics, but also poets, politicians, and actors, all with a passion for quality fiction. This "common man" approach to judge selections is believed to be the key reason the general intelligent audience trusts the outcome of the panel’s annual selection. Although the winners and shortlisted authors are awarded monetary prizes, their genuine success is the result of increased worldwide book sales.

This blog covers the most recent seven winners, but check out this link for a detailed history of the prize and comprehensive listing of all winners since its inception. Annotations courtesy of goodreads.com. 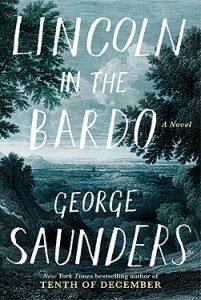 (2017) Lincoln in the Bardo by George Saunders: February 1862. President Lincoln’s beloved eleven-year-old son, Willie, lies upstairs in the White House, gravely ill. In a matter of days, despite predictions of a recovery, Willie dies and is laid to rest in a Georgetown cemetery. Newspapers report that a grief-stricken Lincoln returned to the crypt several times alone to hold his boy’s body. From that seed of historical truth, George Saunders spins an unforgettable story of familial love and loss that breaks free of its realistic, historical framework into a thrilling, supernatural realm both hilarious and terrifying. Willie Lincoln finds himself in a strange purgatory, where ghosts mingle, gripe, commiserate, quarrel, and enact bizarre acts of penance. Within this transitional state—called, in the Tibetan tradition, the bardo—a monumental struggle erupts over young Willie’s soul. Saunders has invented a thrilling new form that deploys a kaleidoscopic, theatrical panorama of voices—living and dead, historical and invented—to ask a timeless, profound question: How do we live and love when we know that everything we love must end? 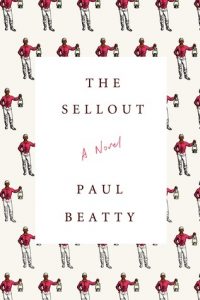 (2016) The Sellout by Paul Beatty: A biting satire that challenges the sacred tenets of the United States Constitution, urban life, the civil rights movement, the father-son relationship, and the holy grail of racial equality - the black Chinese restaurant. Born in the "agrarian ghetto" of Dickens - on the southern outskirts of Los Angeles - the narrator of resigns himself to the fate of lower-middle-class Californians: "I'd die in the same bedroom I'd grown up in, looking up at the cracks in the stucco ceiling that've been there since '68 quake." Raised by a single father, a controversial sociologist, he spent his childhood as the subject in racially charged psychological studies. He is led to believe that his father's pioneering work will result in a memoir that will solve his family's financial woes. But when his father is killed in a police shoot-out, he realizes there never was a memoir. Fueled by this deceit and the general disrepair of his hometown, the narrator sets out to right another wrong: Dickens has literally been removed from the map to save California from further embarrassment. Enlisting the help of the town's most famous resident - the last surviving Little Rascal, Hominy Jenkins - he initiates the most outrageous action conceivable: reinstating slavery and segregating the local high school, which lands him in the Supreme Court. 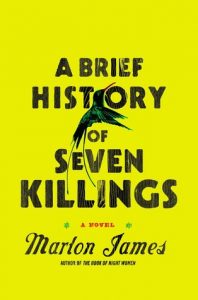 (2015) A Brief History of Seven Killings by Marlon James:  On December 3, 1976, just before the Jamaican general election and two days before Bob Marley was to play the Smile Jamaica Concert, gunmen stormed his house, machine guns blazing. The attack nearly killed the Reggae superstar, his wife, and his manager, and injured several others. Marley would go on to perform at the free concert on December 5, but he left the country the next day, not to return for two years. Deftly spanning decades and continents and peopled with a wide range of characters—assassins, journalists, drug dealers, and even ghosts—A Brief History of Seven Killings is the fictional exploration of that dangerous and unstable time and its bloody aftermath, from the streets and slums of Kingston in the 70s, to the crack wars in 80s New York, to a radically altered Jamaica in the 90s. 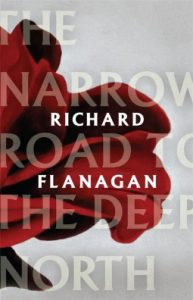 (2014) The Narrow Road to the Deep North by Richard Flanagan: A novel of the cruelty of war, and tenuousness of life and the impossibility of love. Richard Flanagan's story — of Dorrigo Evans, an Australian doctor haunted by a love affair with his uncle's wife — journeys from the caves of Tasmanian trappers in the early twentieth century to a crumbling pre-war beachside hotel, from a Thai jungle prison to a Japanese snow festival, from the Changi gallows to a chance meeting of lovers on the Sydney Harbour Bridge. Taking its title from 17th-century haiku poet Basho's travel journal, The Narrow Road to the Deep North is about the impossibility of love. At its heart is one day in a Japanese slave labour camp in August 1943. As the day builds to its horrific climax, Dorrigo Evans battles and fails in his quest to save the lives of his fellow POWs, a man is killed for no reason, and a love story unfolds. 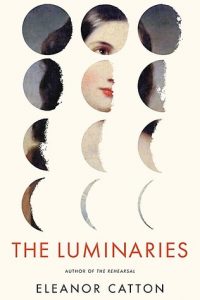 (2013) The Luminaries by Eleanor Catton: It is 1866, and young Walter Moody has come to make his fortune upon the New Zealand goldfields. On the stormy night of his arrival, he stumbles across a tense gathering of twelve local men who have met in secret to discuss a series of unexplained events: A wealthy man has vanished, a prostitute has tried to end her life, and an enormous fortune has been discovered in the home of a luckless drunk. Moody is soon drawn into the mystery: a network of fates and fortunes that is as complex and exquisitely ornate as the night sky. Richly evoking a mid-nineteenth-century world of shipping, banking, and gold rush boom and bust, The Luminaries is a brilliantly constructed, fiendishly clever ghost story and a gripping page-turner. 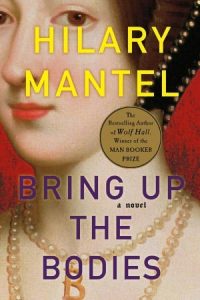 (2012) Bring up the Bodies by Hilary Mantel: Though he battled for seven years to marry her, Henry is disenchanted with Anne Boleyn. She has failed to give him a son and her sharp intelligence and audacious will alienate his old friends and the noble families of England. When the discarded Katherine dies in exile from the court, Anne stands starkly exposed, the focus of gossip and malice. At a word from Henry, Thomas Cromwell is ready to bring her down. Over three terrifying weeks, Anne is ensnared in a web of conspiracy, while the demure Jane Seymour stands waiting her turn for the poisoned wedding ring. But Anne and her powerful family will not yield without a ferocious struggle. Hilary Mantel's Bring Up the Bodies follows the dramatic trial of the queen and her suitors for adultery and treason. To defeat the Boleyns, Cromwell must ally with his natural enemies, the papist aristocracy. What price will he pay for Anne's head? 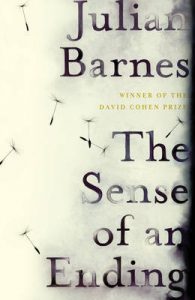 (2011) The Sense of an Ending by Julian Barnes: This intense new novel follows a middle-aged man as he contends with a past he has never much thought about - until his closest childhood friends return with a vengeance, one of them from the grave, another maddeningly present. Tony Webster thought he'd left all this behind as he built a life for himself, and by now his marriage and family and career have fallen into an amicable divorce and retirement. But he is then presented with a mysterious legacy that obliges him to reconsider a variety of things he thought he'd understood all along, and to revise his estimation of his own nature and place in the world.