Let’s admit that everyone has a different taste for romance. Are you looking for the typical boy meets girl? Seeking a majestic merman? Daydreaming of an Amish romance? Or looking for the farmer next door? Well, you’re in luck! Romantic fiction is a very popular genre. Harlequin and Silhouette began the trend of monthly “line” novels, which are known as category novels. Many well-known romance novel writers such as Nora Roberts, Elizabeth Lowell, and Linda Howard began as “line” novel writers. Additionally, different subjects within the genre are covered. For example: Gothic romance typically features a dark brooding guy and shiny knight guy who both fawn over the same woman, who later realizes it’s the shiny knight who’s the bad guy. Regency romances cover topics of the importance of family life, recovering from sexual abuse, being forced to become a prostitute, or a silly romp in the foyer. These typically take place during British Regency Period from 1811 to 1820. There are also many authors who write for LGBTQIA readers in the romance genre. Fantasy romances usually feature vampires, aliens, witches, mermaids, orcs, and fairies and compared to typical Fantasy 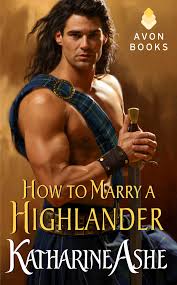 novels, in these stories, the romance always comes first.

Which type tickles your fancy? In Center for the Reader, we have plenty of delicious romance novels for any taste. For Gothic Romance check out: Rebecca By Daphne Du Maurier or Charlotte Bronte’s Wuthering Heights. For regency romances try: Georgette Heyer’s The Grand Sophy or Katherine Ashe’s How to Marry a Highlander.  For LGBTQIA romance novels check out Cat Sebastian’s The Lawrence Browne Affair or Witches, Princesses, and Women at Arms a series of Erotic Lesbian Fairytales. For Fantasy romance look for Gina Koch’s Alien Separation or Lisa Marie Rice’s I dream of Danger. If that doesn’t get your mind going come by The Center for the Reader and we’ll be happy to give you a few more suggestions!