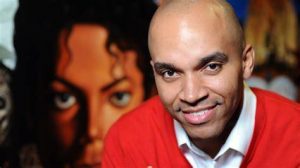 Kadir Nelson has been drawing since he was 3 years old! He began studying art with his uncle, Michael Morris, an artist and art instructor, when he was 10. After receiving an art scholarship to the Pratt Institute in Brooklyn, New York and graduating with honors, Nelson began working on commission. He was hired as a conceptual artist for director Steven Spielberg, and illustrated two books of Emmy Award-winning choreographer, Debbie Allen. He then collaborated with Spike Lee and Will Smith on their children’s books. His fame grew and his art became collectible.

In addition to his many accolades, including a Caldecott Honor, Coretta Scott King Award, NAACP Image Award, and the Sibert Medal, Nelson created album cover artwork for Michael Jackson’s posthumously released album entitled, “Michael,” and Drake’s “Nothing Was the Same.” Nelson’s paintings have also graced the cover of the New Yorker magazine. His work is focused on African-American culture and history.

We Are the Ship

If You Plant A Seed

Ellington Was Not A Street