The Fourth of July commemorates the adoption of the Declaration of Independence, declaring the United States of America is no longer part of the British Empire. Celebrate the holiday with these titles from our digital collections. 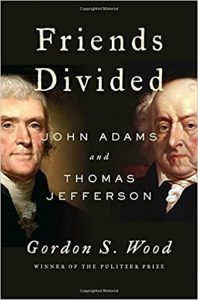 Review provided by OverDrive
Thomas Jefferson and John Adams could scarcely have come from more different worlds, or been more different in temperament. Jefferson, the optimist with enough faith in the innate goodness of his fellow man to be democracy's champion, was an aristocratic Southern slaveowner, while Adams, the overachiever from New England's rising middling classes, painfully aware he was no aristocrat, was a skeptic about popular rule and a defender of a more elitist view of government. They worked closely in the crucible of revolution, crafting the Declaration of Independence and leading, with Franklin, the diplomatic effort that brought France into the fight. But ultimately, their profound differences would lead to a fundamental crisis, in their friendship and in the nation writ large, as they became the figureheads of two entirely new forces, the first American political parties. It was a bitter breach, lasting through the presidential administrations of both men, and beyond. 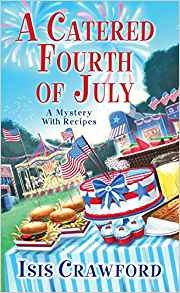 Review provided by OverDrive
High noon on July Fourth in the quiet town of Longley, New York, and it's got to be one hundred degrees. Thankfully, sisters Bernie and Libby are setting up their yummy catering out of the sun in the gazebo for the reenactment of The Battle of Meadow Creek--and not baking in those Revolutionary War uniforms with their fellow townspeople . . .After a few cheery exchanges of "Moveth" and "Thou speakest treason," the muskets are fired and the fake battle is over. But the blood on notorious town playboy Jack Devlin looks very real. Is it possible that Jack has had his last tryst? 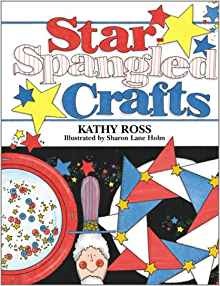 Review provided by Hoopla
Waving the flag on the Fourth of July is only one way to celebrate pride in our country. There are many other days (Presidents' Day, Memorial Day, Flag Day, Veteran's Day or any day) and many other ways to honor the USA. Kathy Ross offers clearly illustrated step-by-step instructions for an array of patriotic projects based not only on our flag but also on other symbols such as the American Eagle, Uncle Sam, the Statue of Liberty, and the Liberty Bell. 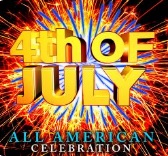 4th of July All American Celebration