St. Louis Public Library celebrates the history and culture of hip-hop with its 4th Annual Hip Hop Appreciation Week, running May 15-20 at Central Library, 1301 Olive Street. Read about the history of Hip Hop with these titles from our digital collections. 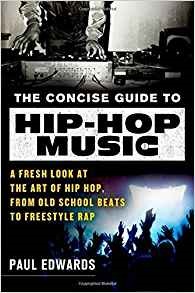 In 1973, the music scene was forever changed by the emergence of hip hop. Masterfully blending the rhythmic grooves of funk and soul with layered beats and chanted rhymes, artists such as DJ Kool Herc and Grandmaster Flash paved the way for an entire new genre and generation of musicians. In this comprehensive, accessible guide, Paul Edwards breaks down the difference between old school and new school, recaps the biggest influencers of the genre, and sets straight the myths and misconceptions of the artists and their music. Fans old and new alike will all learn something new about the history and development of hip hop, from its inception up through the current day. 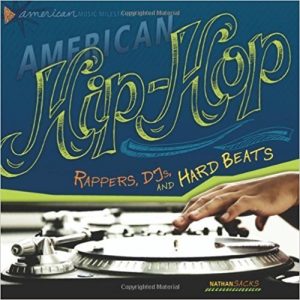 A rapper spits rhymes into a microphone. A DJ scratches a record back and forth against a turntable needle. Fans' feet stomp along to a stiff beat. These are the sounds of hip-hop. Hip-hop music busted out of New York City in the 1970s. Many young African Americans found their voices after stepping up to the mic. In the decades afterward, rappers and DJs took over the airwaves and transformed American music. In the twenty-first century, hip-hop is a global sensation. Learn what inspired hip-hop's earliest rappers to start rhyming over beats, as well as the stories behind hip-hop legends such as Run-D.M.C., 2Pac, Lauryn Hill, and Jay-Z. Follow the creativity and the rivalries that have fueled everything from party raps to songs about social struggles. And find out how you can add your own sounds to the mix! 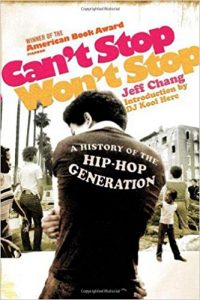 Can't Stop Won't Stop is a powerful cultural and social history of the end of the American century, and a provocative look into the new world that the hip-hop generation created. Forged in the fires of the Bronx and Kingston, Jamaica, hip-hop became the Esperanto of youth rebellion and a generation-defining movement. In a post-civil rights era defined by deindustrialization and globalization, hip-hop crystallized a multiracial, polycultural generation's worldview, and transformed American politics and culture. But that epic story has never been told with this kind of breadth, insight, and style. 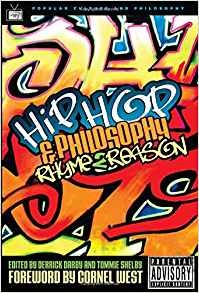 Is there too much violence in hip-hop music? What's the difference between Kimberly Jones and the artist Lil' Kim? Is hip-hop culture a "black" thing? Is it okay for N. W. A. to call themselves niggaz and for Dave Chappelle to call everybody bitches? These witty, provocative essays ponder these and other thorny questions, linking the searing cultural issues implicit - and often explicit - in hip-hop to the weighty matters examined by the great philosophers of the past. The book shows that rap classics by Lauryn Hill, OutKast, and the Notorious B. I. G. can help uncover the meanings of love articulated in Plato's Symposium; that Rakim, 2Pac, and Nas can shed light on the conception of God's essence expressed in St. Thomas Aquinas's Summa Theologica; and explores the connection between Run-D. M. C., Snoop Dogg, and Hegel. Hip-Hop and Philosophy proves that rhyme and reason, far from being incompatible, can be mixed and mastered to contemplate life's most profound mysteries.