The π (pi) symbol represents the ratio of a circle's circumference to its diameter. P is the first letter of the Greek word perimetros, meaning circumference. Learn more about π and other number symbols from these titles in our digital collections. 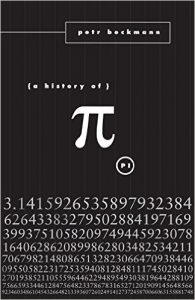 The history of pi, says the author, though a small part of the history of mathematics, is nevertheless a mirror of the history of man. Petr Beckmann holds up this mirror, giving the background of the times when pi made progress — and also when it did not, because science was being stifled by militarism or religious fanaticism. 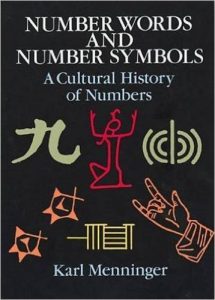 This book is not only a fascinating introduction to the number concept and to numbers themselves but also a multifaceted linguistic and historic analysis of how numbers have evolved in many cultures. A noted scholar draws upon evidence from history, literature, philosophy, and ethnology to recount the oral, written, and symbolic development of numbers. 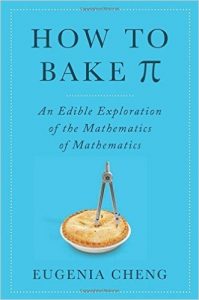 What is math? How exactly does it work? And what do three siblings trying to share a cake have to do with it? In How to Bake Pi, math professor Eugenia Cheng provides an accessible introduction to the logic and beauty of mathematics, powered, unexpectedly, by insights from the kitchen: we learn, for example, how the béchamel in a lasagna can be a lot like the number 5, and why making a good custard proves that math is easy but life is hard. Of course, it's not all about cooking; we'll also run the New York and Chicago marathons, take a closer look at St. Paul's Cathedral, pay visits to Cinderella and Lewis Carroll, and even get to the bottom of why we think of a tomato as a vegetable. At the heart of it all is Cheng's work on category theory, a cutting-edge “mathematics of mathematics," that is about figuring out how math works. 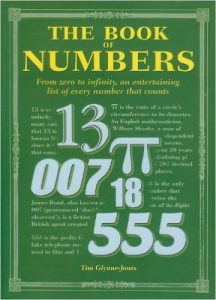 From zero to infinity, The Book of Numbers is a handy-sized volume which opens up a new realm of knowledge. Where else in one place could you find out how the illegal numbers racket worked, what makes some people see numbers as colours, why the standard US rail gauge exactly matches the axle width of an ancient Roman chariot, and the numerological connection between Adolf Hitler and Osama Bin Laden?