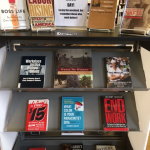 Remember - the Library will be closed on Monday, September 5, 2016 for Labor Day. 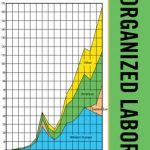 To help our patrons celebrate - and remember what this holiday is all about - we've put together a book display in the Social Sciences room at Central Library that we will (most likely) keep up for most of September. Come take a look at it, and maybe check out a book or two to enjoy at home. We also have some great reference books on the subject, 2 of which are pictured here. 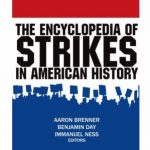 In addition to the great resources at the Library, we recommend that you explore the St. Louis Federal Reserve Bank's FRASER digital archives, a rich source of primary source material on all things economic, including labor matters. Click here for a recent explanatory post about the Bureau of Labor Statistics unemployment numbers.

Finally (before we let you go enjoy your Labor Day BBQ), here is some information on Labor Day and U.S. employment related numbers from the U.S. Census Bureau. 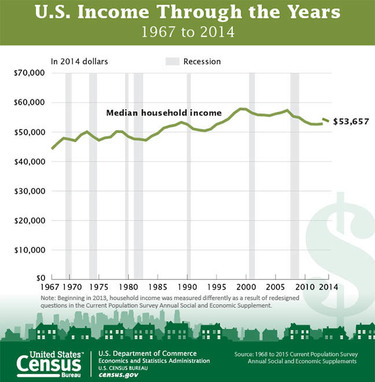 The first observance of Labor Day was likely on Sept. 5, 1882, when some 10,000 workers assembled in New York City for a parade. The parade inspired similar events across the country, and by 1894 more than half the states were observing a "workingmen's holiday" on one day or another. Later that year, with Congress passing legislation and President Grover Cleveland signing the bill on June 29, the first Monday in September was designated "Labor Day." This national holiday is a creation of the labor movement in the late 19th century and pays tribute to the social and economic achievements of American workers.

Who Are We Celebrating?

The number of people age 16 and over in the nation's labor force as of May 2016.

The number of wage and salary workers age 16 and over represented by a union in 2015. This group included both union members (14.8 million) and workers who reported no union affiliation but whose jobs were covered by a union contract (1.6 million). Among states, New York continued to have the highest union membership rate (24.7 percent), and South Carolina had the lowest rate (2.1 percent).

342 counties had a net job growth of 2.2 million over the year, which accounted for 81.4 percent of the overall U.S. employment increase.

Another Day, Another Dollar

The Commute to Work

The percentage of workers age 16 and over who drove alone to work in 2015. Another 9.2 percent carpooled and 0.6 percent biked to work.

The average time it took workers in the U.S. to commute to work in 2014. New York (32.6 minutes) and Maryland (32.3 minutes) had the most time-consuming commutes.