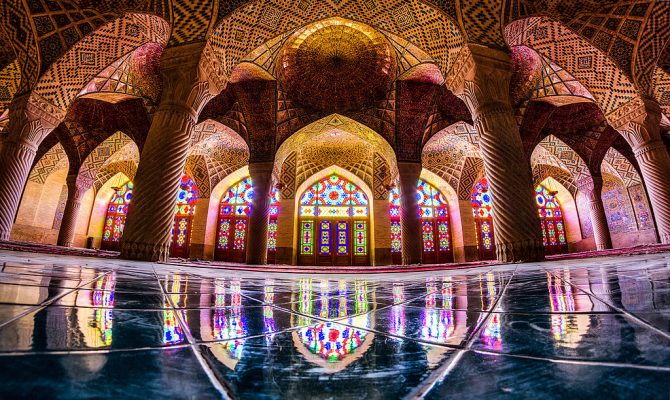 Graphic novel journalism began in its modern form with Joe Sacco’s Palestine. Originally published in serialized form in 1996, the book details his time in the West Bank and Gaza Strip in 1991 and 1992. Sacco’s unique drawings helped humanize the plight of those living in Israel’s occupied territories.

Sacco’s work helped to usher New Journalism into the comic medium. He’s inspired many writers to share some of the histories of those living and working in the Middle East. Here’s a primer to get you started on Graphic Novels set in the Arabic World:

Marjane Satrapi’s Persepolis, published in 2000, was a sensation upon its release in France. It was quickly translated and released internationally. The story, an autobiographical account of Satrapi’s upbringing before and during the Islamic Revolution. Newsweek declared it #5 in its list of top non-fiction books of the decade.

Riad Sattouf, born in Paris to a Syrian father and French mother, recounts his childhood in the two-part Arab of the Future. The book chronicles his time growing up in Libya and Syria, while also visiting his family in France. The book is a charming coming-of-age story underscored by the harsh realities of living in Libya under Muammar Gaddafi. It’s a tale of a child split between two seemingly incongruous cultures.

An Iranian Metamorphosis, written by Iranian cartoonist Mana Neyestani, is the Kafkaesque tale of his imprisonment after the publication of an innocuous children’s comic that was deemed inflammatory by the government. His time spent in custody was frustrating and confusing, interspersed with sudden acts of nonsensical violence. It’s also funny, smart and an inspiring account of a man trying to reconcile himself in the face of a labyrinthine political world.

Sacco’s work has also inspired outsiders to document their time trying to make sense of a complicated and unfamiliar world. In Rolling Blackouts, author Sarah Glidden accompanies two journalists who are working on stories about war refugee’s following the Iraq War. Filled with self-effacing humor and a sympathetic eye, Glidden is the perfect reader surrogate. It's as much about the ethics of war journalism as anything else.

Most of the titles chronicle the effects of war, but none more acutely than Maximilian Uriate’s White Donkey. The first graphic novel about the war in Iraq from the perspective of a veteran, White Donkey is an invaluable look at life on the front lines and how war shapes the lives of those who experience it. Uriate’s novel, based on his own experience, shows how often soldiers take the war home with them and how PTSD dramatically alters the course of their lives.

The Arab of the Future