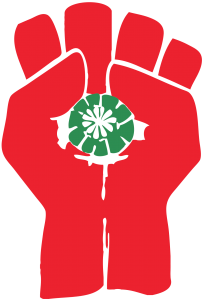 I was recently informed of an exciting contest opportunity offered by the Louisville Public Library. The Gonzofest Literary Contest is looking for submissions of literary journalism that capture the spirit--that is gonzo journalism--of the late Hunter S. Thompson.

It is believed that the word gonzo was first used to describe an article written by Thompson about the Kentucky Derby in the early 1970s.  The journalistic piece is littered with expletives and is extremely informal in style. Controversial as it may have been, Thompson's style reflected a style of reporting that became known as New Journalism: journalism that emphasized a subjective perspective, 'truth' over facts, and the reporter's self-immersion into the story.

In a time when the term 'fake news' dominates the news, it's hard to know what to make of gonzo journalism. A simple Google search of the term will bring up various articles and arguments for and against the use of gonzo journalism in the current political climate.  The library also carries several books that are about New Journalism, and by writers who helped shape the New Journalism style.

The Gang That Wouldn't Write Straight

Fear and Loathing at Rolling Stone