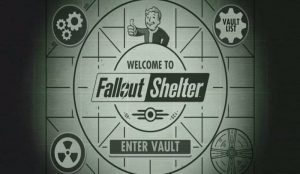 Looking for a way to brighten your Mondays once it’s back to the books after winter break? Head over to the Kingshighway Branch for gaming with the newest consoles – Xbox One, Wii U, and Playstation 4! What better way to get amped for the week than a little competition with your friends and fellow library patrons?

Try out Playstation 4 games like Terraria, described by Teen Volunteer Ahmed as “2D Minecraft-ish survival/building game … Not as popular as other games but is just as fun.” We’ll also have games like Fallout 4, a story-based game that takes place in apocalyptic Boston post nuclear war, LEGO Star Wars, and Call of Duty.