You know Cinderella, the three little pigs, Goldilocks, and their stories. These books feature those characters, but they aren’t exactly the stories you’re used to. These playful stories bend the familiar to create their own take on fairy tales.

Good Night, Baddies by Deborah Underwood
Wicked witches. Evil queens. And big, bad wolves. By day they’re such baddies! But cozy at night at home among friends? Why, they couldn’t be nicer! Inspired by the mischief-makers from classic folk and fairy tales, this picture book shows that even the baddest baddies can have big hearts.

Goldilocks and Just One Bear by Leigh Hodgkinson
In this award-winning author-illustrator’s witty sequel to the traditional Goldilocks story, Little Bear is all grown up and Goldilocks is a distant memory. One day, Little Bear wanders out of the woods and finds himself lost in the Big City. Will he find the city too noisy? Too quiet? Or just right? And what are the chances of him bumping in to someone who remembers exactly how he likes his porridge?

The Three Little Wolves and the Big Bad Pig by Eugene Trivizas
It was time for the three little wolves to go out into the world, so off they went and built themselves a splendid brick house. But they hadn’t reckoned on the big bad pig who soon came along and knocked their house down. The little wolves built a stronger house of concrete, in which they were “sure” to be safe. But that didn’t stop the big bad pig, who made short work of it with a pneumatic drill. Even a house made of armor plates could not protect them. It was only a chance encounter with a flamingo bird that solved their dilemma in an entirely unexpected and satisfactory way. Helen Oxenbury’s enchanting watercolor illustrations, full of humorous details and visual excitement, are the perfect accompaniment to this hilarious retelling-in-reverse of the traditional tale.

Cinderella's Stepsister and the Big Bad Wolf by Lorraine Carey
So, you think you know the story of Cinderella? Well, you’d better think again because in this hilarious tale, nothing is what it seems. Did you know that Cinderella wasn’t actually very nice? And that there were three Ugly stepsisters? And that the youngest sister, Gertie, was absolutely the nicest person you could ever hope to meet? But she’ll have to act mean and bad like the rest of her family if she wants to go to the ball. With the help of some favorite fairy-tale characters, can she learn how to fit in with her family in time?

Ninja-rella by Joey Comeau
Cinderella’s stepmother and two stepsisters treat her like dirt. Each and every day, they force her to clean their clothes, cook their meals, and only give her rags to wear and crumbs to eat. But each night, in secret and in shadows, Cinderella trains to be a ninja! More than anything, Cinderella yearns to become the Prince’s personal bodyguard. When the opportunity to prove her worth to the Prince finally arrives in the form of an invitation to a royal costume ball, Cinderella’s stepmother won’t let her go! But this time around, Ninja-rella isn’t going to take “no” for an answer . . .

The Stinky Cheese Man & Other Fairly Stupid Tales by Jon Scieszka
The entire book, with its unconventional page arrangement and eclectic, frenetic mix of text and pictures, is a spoof on the art of book design and the art of the fairy tale. The individual tales, such as the Really Ugly Duckling and Little Red Running Shorts, can be extracted for telling aloud, with great success. Another masterpiece from the team that created The True Story of the Three Little Pigs! 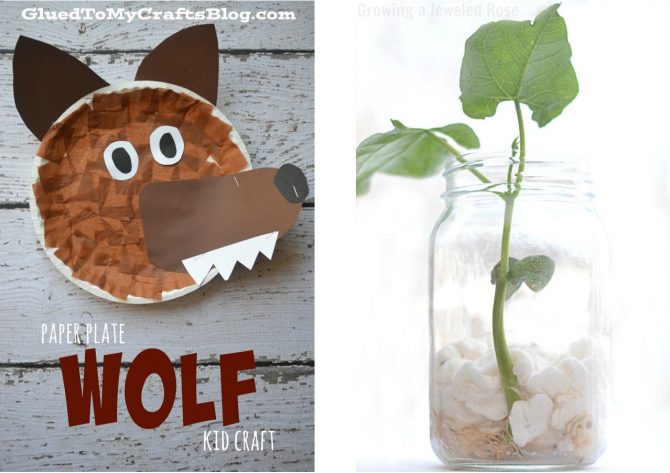