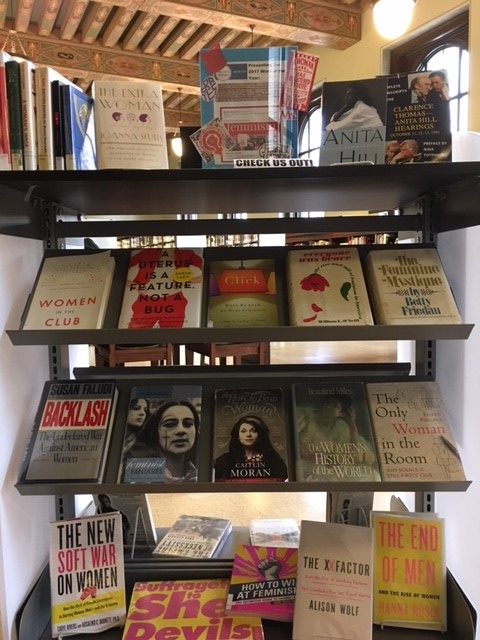 The books that we gathered into a book display when the Merriam-Webster Dictionary declared "feminism" its word of the year for 2017 are being disbursed back to their shelves, but the issues that prompted M-W's choice are still very much in the headlines and the zeitgeist. As noted in the title of this blog post, and as should be evident to anybody who does even a little bit of thinking on the topic, the relationship between women's rights, sexual harassment, #metoo, etc. is complicated, nuanced, fascinating, fraught, and, as they say, "evolving". Central Library is (of course) a great place to explore complex subjects such as this to ensure your thoughts and personal evolution are informed and well-sourced.

At Central you can find fascinating older books (what we like to call our #TreasuresfromtheStacks), like The Woman Movement by Ellen Key (translated from the Swedish in 1912) which opens: "The first 'woman movement' was Eve's gesture when she reached for the fruit of the Tree of Knowledge - a movement symbolic of the entire subsequent woman's movement of the world."

The rich SLPL collection allows you to read the suffragists' writings as well as books about them, explore decades of publications by the League of Women Voters (national and local), learn from Virginia Woolf about the importance of A Room of One's Own, and explore an early (i.e., 20th century) take on intersectionality with Women, Race & Class by Dr. Angela Y. Davis.

You might also consider pairing books: perhaps read the 1936 classic about life as a single woman, Live Alone and Like It (another #TreasurefromtheStacks), followed by The Extra Woman, written about that book's author, Marjorie Hillis, by Joanna Scutts? Or revisit (or for younger folks, discover) the Anita Hill testimony at the 1991 Senate Judiciary Committee Hearings that ended with Clarence Thomas ascending to the U.S. Supreme Court, as well as to some extent introducing the concept of "sexual harassment" into the national conversation, by reading the hearing transcripts, then read Ms. Hill's 1997 autobiography, Speaking Truth to Power. On our shelves you will find a variety of takes on the feminist movement, including these two that we pulled for the display: Backlash: The Undeclared War Against American Women by Susan Faludi and Phyllis Schlafly's Feminist Fantasies. We also have Betty Friedan's The Feminine Mystique in a variety of printings (1963, 1974, 1997, & 2013 - this 50th anniversary edition in both print and ebook!), which would be interesting to read alongside A Strange Stirring - The Feminine Mystique and American Women at the Dawn of the 1960s. 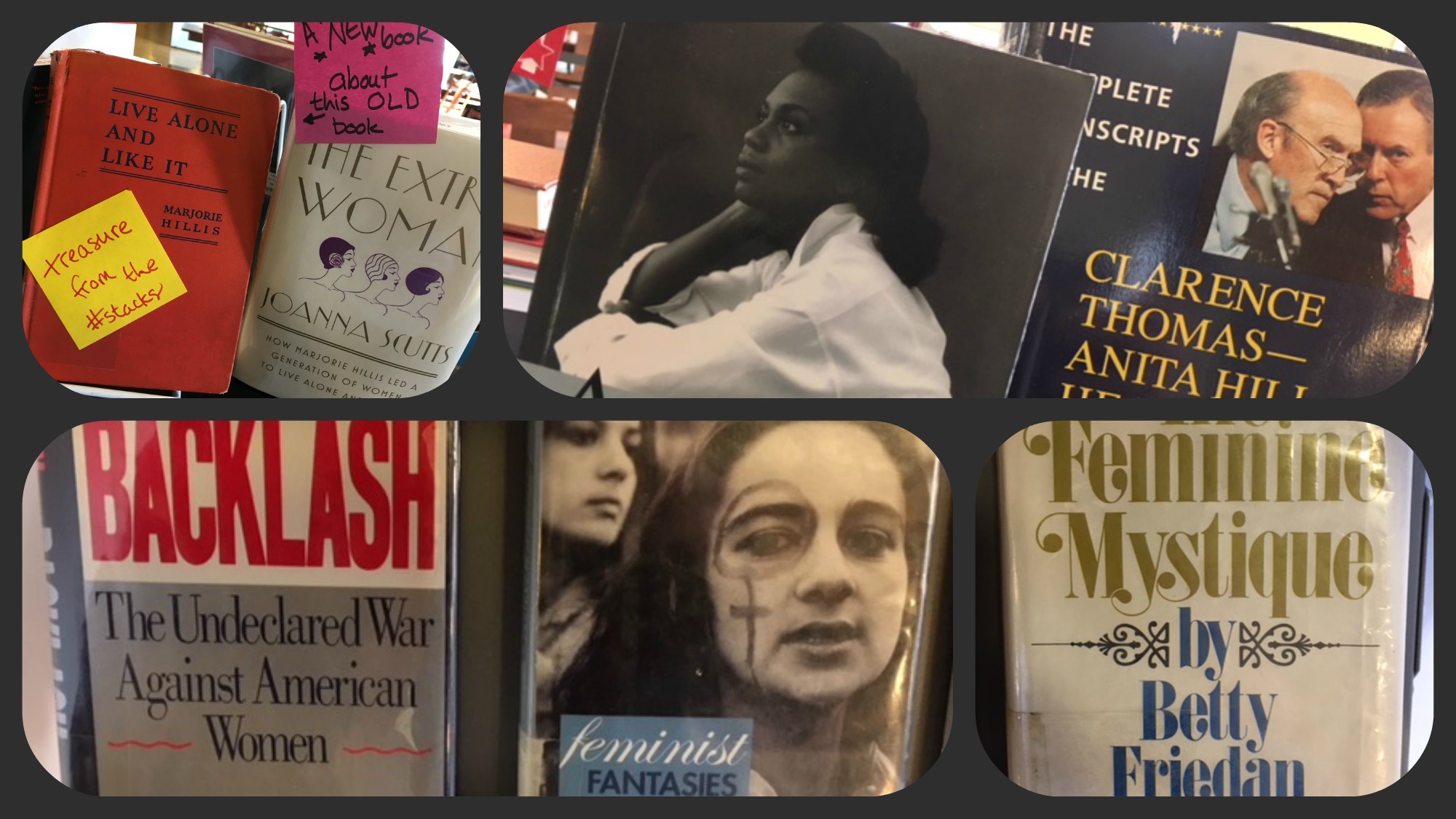 Finally, to counter the frequent narrative of women's rights activists as humorless, strident "feminazis" you might consider some lighter (though still thought-provoking) titles, including Men Explain Things to Me (also available as an ebook), Bad Feminist (also ebook AND audiobook), and How to Be A Woman (not to be confused with the 1952 How to Be a Better Woman Golfer - though that might be another interesting pairing). Happy reading!