After Samuel Langhorne Clemens received his steamboat pilot’s license and returned to writing, he signed his work Mark Twain. Mark twain is a term used for a boatman’s call noting that the river was only two fathoms deep, the minimum depth for safe navigation.

On March 22, enjoy “Mark Twain Himself.” Listen to stories and tales from Hannibal, Missouri’s, most famous resident and the “Father of American Literature,” as acclaimed actor and playwright Richard Garey brings Mark Twain to life, telling amazing stories.

Read Twain's short stories with these titles from our digital collections. 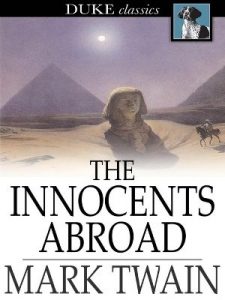 Known as one of American literature's finest humor writers, Mark Twain took on the travel genre in the series of essays, sketches, and observations collected in The Innocents Abroad. From classic fish-out-of-water shenanigans to keen insight into the differences between American culture and its European and Middle Eastern counterparts, this volume is an engaging and rewarding read. 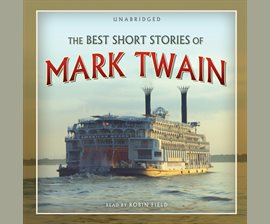 Mark Twain was known as a great American short-story writer as well as novelist and humorist. This collection of eighteen of his best short stories, from the well known to the lesser known, displays his mastery of Western humor and frontier realism. The stories also show how Twain earned his place in American letters as a master writer in the authentic native idiom. He was exuberant and irreverent, but underlying the humor was a vigorous desire for social justice and equality. Beginning the collection is Twain's comic version of an old folk tale, “Jim Smiley and His Jumping Frog,” first published in 1865 in the New York Saturday Press. It became the title story of The Celebrated Jumping Frog of Calaveras County and Other Sketches, the work that established him as a leading American humorist. 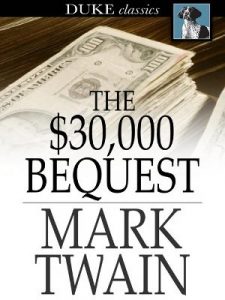 The $30,000 Bequest And Other Stories is a collection of short stories by the iconic American writer and humorist Mark Twain. Twain was immensely popular in his day, among his critics and contemporaries as well as the numerous artists, presidents, industrialists and members of royalty whom he counted as friends. He remains popular to this day and is considered one of the great American authors. 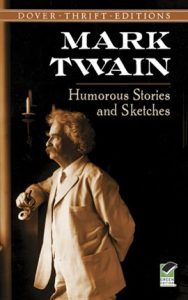 Mark Twain's inimitable blend of humor, satire and masterly storytelling earned him a secure place in the front rank of American writers. This collection of eight stories and sketches, among them the celebrated classic "The Notorious Jumping Frog of Calaveras County," shows the great humorist at the top of his form. Also included here are "Journalism in Tennessee," in which a novice newspaperman is shown the "correct way" to report a news story; "About Barbers," a delightful account of every barbershop customer's worst fear; "Fenimore Cooper's Literary Offences," Twain's hilarious savaging of that author's style, and four more: "A Literary Nightmare," "The Stolen White Elephant," "The Private History of a Campaign that Failed" and "How to Tell a Story. "Delightfully entertaining, these charming pieces will find an appreciative audience among students, general readers and lovers of classic American humor.