It's the end of the year and the kids are off from school. Spend some time together and make some popcorn, download a movie from our digital collections. 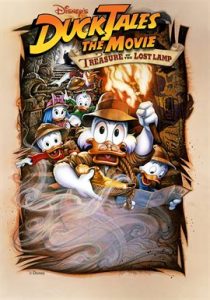 A full-length animated feature, based on the tv show, starring the wildly eccentric Scrooge McDuck and Huey, Dewey and Louie. The duck mansion goes cuckoo when Scrooge digs up a magical lantern -- complete with a genie. Voices by June Foray, Joan Gerber, Chuck McCann, Terry McGovern and Russi Taylor and Alan Young as Scrooge. Bob Hathcock produces and directs. 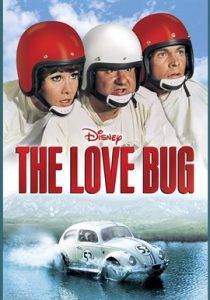 He's the star who provides the most laughs per gallon. He's Herbie, the lovable car with a mind of his own. Dean Jones, Michele Lee, and Buddy Hackett join Herbie in this revved-up comedy classic. Jones plays down-on-his-luck race car driver Jim Douglas, who reluctantly teams up with the little machine. Douglas thinks his sudden winning streak is due to his skill, not Herbie's. He finally realizes the car's worth when a sneaky rival plots to steal Herbie for himself. But it's Herbie who'll steal your heart in this wildly fun roller-coaster ride you'll never forget!

If you thought Friday was freaky get ready for OPPOSITE DAY, a hilarious new comedy that puts the kids in charge and the adults in their place. Starring funny man Pauly Shore, Ariel Winter and Rico Rodriguez from TV's "Modern Family." Nine-year-old Sammy and his eight-year-old sister Carla go on vacation with their grandparents when their overworked parents are unable to take them. On the first night of their mountain vacation, Sammy makes a childlike wish, "I wish kids ruled the world." Little does Sammy know what he is about to make happen! 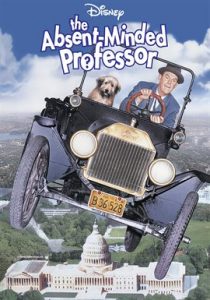 THE ABSENT-MINDED PROFESSOR contains two essential elements for laughter - Fred MacMurray and Flubber, his gravity-defying formula for flying rubber! You'll visit Medfield College and delight in the fun when Professor Brainard (Fred MacMurray) uses Flubber to put more bounce in the basketball team, fly a Model "T" Jalopy over Washington, D.C., and save Medfield College from financial ruin! Join a brilliant cast full of your favorite Disney stars: Ed Wynn as Medfield's bumbling Fire Chief, Keenan Wynn as the evil-minded Alonzo Hawk, and Nancy Olson as the college secretary who the Professor has absent- mindedly left at the altar ... three times!