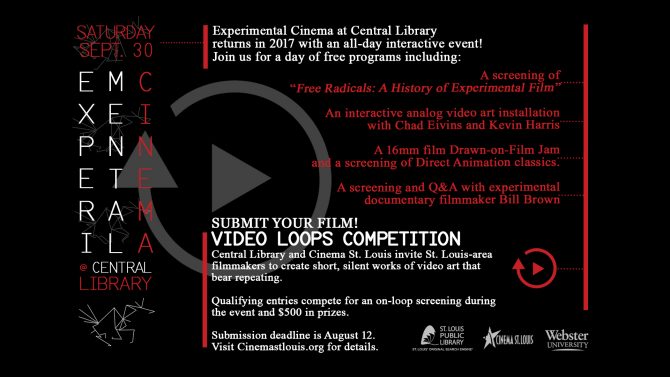 Experimental Cinema is coming back to Central Library on Saturday, September 30th. There is still time to submit a short (no longer than 60 seconds), silent work for the video loops competition, hosted by Cinema St. Louis. Check out Cinema St.Louis  for contest details and the link to submit your film.

Also, check out the itinerary for the day long event below: