Not quite jazz and not always easy-listening. Probably wouldn’t call it pop music as it’s usually devoid of any sappy lyrics. It veers just far enough to the side of mainstream to be its own genre. Partly influenced by G.I.s returning home from WWII from distant locales, this music now known as “Exotica” became the background score to family fondues, cul-de-sac cocktails, and neighborhood get-togethers. So with the arrival of summer you’re sure to be having thoughts of tropical breezes, cold drinks and island getaways. Before you take that perfect backyard holiday, consider adding the appropriate soundtrack to accompany your extended period of recreation. 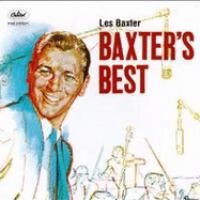 Having released more than 50 albums and soundtracks, “Baxter’s Best” serves as an excellent introduction to the man many consider the founder of the exotica genre. After working as an arranger for Nat King Cole, Mel Torme and others, Baxter became one of Capitol records’ in-house arrangers and quickly became a influential force pioneering the use of theremin along with syrupy strings and latin percussion.

Back in the mid 1990s, everything old was new again, and exotic rode the retro train back into resurgence with Capitol records reissue many lost gems in their “Ultra Lounge” compilations. This album is a nice gateway to some of the other giants of this form in particular, Martin Denny. Known for having coined the name “Exotica” with his 1957 album of the same name, Denny adds bird-calls and background ambience to his arrangements. There’s also other tunes by Les Baxter and Yma Sumac included on this CD.

The “King Of Lounge Music”, Lyman got his start playing marimba and vibraphone for Martin Denny’s group at the Shell Bar in Hawaii. After the “Exotica” album became a hit, opportunity knocked and Lyman left Denny’s group to start his own band. His new band went on to release “Taboo” which sold an unbelievable 2 million copies in 1958 and many consider it one of the best of the genre. 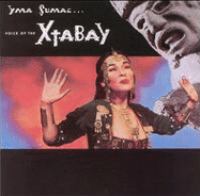 After touring with her husband, composer Moisés Vivanco throughout Mexico and South America, the “Peruvian Songbird” released her debut album produced and arranged by Les Baxter. With her impressive vocal range and Baxter’s cinematic touch this album is essentially the soundtrack to an amazing movie never made.