Each episode of The Twilight Zone started with a monologue by Rod Sterling. The narration would tell you something about a fifth dimension, in which you are about to enter. Cross over into the Twilight Zone with these digital titles from our collections. 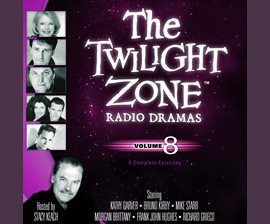 Experience one of television's greatest science fiction series: The Twilight Zone. This collection of episodes is fully dramatized for audio and features a full cast, music, sound effects, and narration by some of today's biggest celebrities. The Long Morrow (starring Kathy Garver) A deep-space astronaut smashes the suspended-animation device that will keep him young so he can age at the same rate as the woman he loves. The 7th Is Made Up of Phantoms (starring Richard Grieco) A company of National Guardsmen conducting war exercises near the site of Little Big Horn in the 1960s encounter evidence that another battle is going on-one that occurred in 1876. Mirror Image (starring Morgan Brittany and Frank John Hughes) When Millicent Barnes discovers her double at a train station, she becomes convinced that the doppelganger is trying to take her place. A fellow traveler thinks she's crazy-at first. A Thing about Machines (starring Mike Starr) Bartlett Finchley despises any sort of machine, and he'll experience a new kind of terror when he learns the feeling is mutual. The Last Night of a Jockey (starring Bruno Kirby) Grady is a former jockey, banned from horse racing and down on his luck. When he's granted one wish, it is to be a giant among men-and it's a wish he soon has to live or die with. The Fever (starring Stacy Keach and Kathy Garver) Tightfisted Franklin Gibbs is not at all pleased when his wife wins a trip for two to Las Vegas, and then he falls under the spell of a slot machine that wills him to play it. 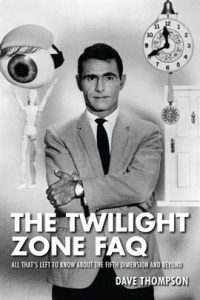 The Twilight Zone is among the most beloved shows in American television history, a pioneering fantasy behemoth that bridged the cultural gap between the 1950s and 1960s with thought-provoking mystery, mind-boggling theorems, and occasionally outright horror. The Twilight Zone FAQ takes the reader back to that halcyon era, looking back on the show and its impact as a force for societal change, via reflections on the manifold topics and controversies that the show took on from the space race to the Red Menace, from paranoia to madness and beyond. Dave Thompson traces the history of the show from its earliest flowering in the mind of then-unknown Rod Serling through its slow birth, shaky beginning, and breathless five-season run and he shows how it became the blueprint for so much of the fantasy television that has followed. Chapters deal with the comic books, novels, and many other spin-offs, including the movie, the TV revamps, and even the amusement park ride. In addition, this FAQ offers a full guide to every episode, providing details on the cast and music and pinpointing both the best and the worst of the series, all adding up to a brightly opinionated time machine that catapults the reader back to the true golden age of American television. 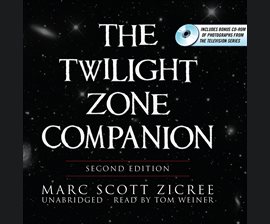 The Twilight Zone Companion is the complete, five-season (1959–64) show-by-show guide to one of television's greatest series. Zicree's well-written account is fascinating for even the casual fan. Coverage of each episode includes plot synopsis, Rod Serling's opening narration, behind-the-scenes stories from the original artists who created the series, and a complete list of cast and credits. As screenwriter Bruce Joel Rubin (Ghost, Jacob's Ladder) said, “In all my years of television viewing, no series resonated as deeply as The Twilight Zone. Even today, fragments of the forgotten episodes rise into my memory with surprising poignancy. The Twilight Zone was masterful storytelling, and this companion book, this compendium of old tales, is a remarkable gift to those who loved the series and to those who have yet to discover its magic.” 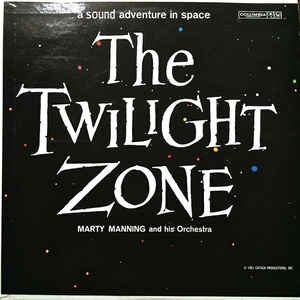