Graphic Novels cover all sorts of topics. Download these titles from our digital collections. 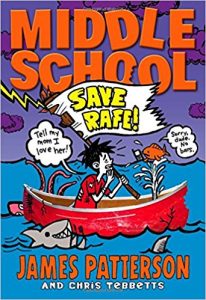 James Patterson's hilarious story of perseverance and courage shows everyone's favorite troublemaker, Rafe Khatchadorian, the star of the Middle School series, learning to become a leader at long last. After a rough summer, Rafe is heading back to the dreaded Hills Village Middle School, the site of the very worst years of his life. And as if that's not bad enough, he's learned that he's going to be held back a year unless he can prove himself on an outdoor survival excursion—complete with dangerous white-water rafting, dizzying rock climbing, and fanatical counselors. Rafe and the rest of the pack of "delinquent" trainees are forced to cooperate as they prepare for the final test: a solo excursion in the deep woods. Can Rafe come out of the experience in one piece? And if he does, he go home as the same insecure kid? 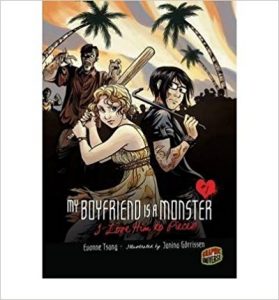 Can love survive the zombie apocalypse? Maybe Dicey's first chance at a real relationship was dead from the start. She's the star of her high school baseball team, and Jack's the star of the science program. Her idea of a study session includes sleeping in the sun, and his idea of a good game involves dungeons and dice. But opposites start attracting when they're assigned to be partners in a class project. Now an outbreak of a weird infection-it eats your brains and leaves you hungry for more-might not mean just the end of their first date. It might mean the end of everything. Will their relationship fall apart faster than zombies in the Florida sun, or can Dicey and Jack beat the odds and find a happy ending? 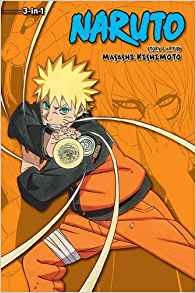 Twelve years ago the Village Hidden in the Leaves was attacked by a fearsome threat. A nine-tailed fox spirit claimed the life of the village leader, the Hokage, and many others. Today, the village is at peace and a troublemaking kid named Naruto is struggling to graduate from Ninja Academy. His goal may be to become the next Hokage, but his true destiny will be much more complicated. The adventure begins now! Rated: T 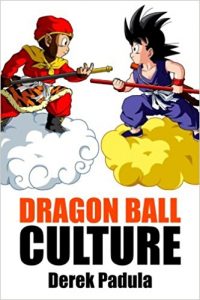 See Dragon Ball with new eyes. This book is your cultural tour guide of Dragon Ball, the world's most recognized anime and manga series. Over 11 years in development, Dragon Ball Culture is a 7 Volume analysis of your favorite series. You will go on an adventure with Son Goku, from Chapter 1 to 194 of the original Dragon Ball series, as we explore every page, every panel, and every sentence, to reveal the hidden symbolism and deeper meaning of Dragon Ball. In Volume 1 you will enter the mind of Akira Toriyama and discover the origin of Dragon Ball. How does Toriyama get his big break and become a manga author? Why does he make Dragon Ball? Where does Dragon Ball's culture come from? And why is it so successful? Along the way you'll be informed, entertained, and inspired. You will learn more about your favorite series and about yourself. Now step with me through the doorway of Dragon Ball Culture.