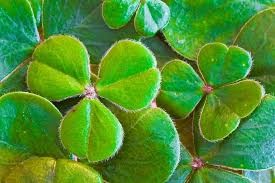 St. Patrick’s Day is that one day of the year when everybody is Irish...or at least pretends to be. But only one town in the world can claim the moniker of St. Patrick, and that honor goes to a tiny unincorporated community in southern Clark County, Missouri. Tiny barely describes a place where recent estimates peg the population at about 20 residents. Patti Dickinson described St. Patrick as “a small farming community. Corn everywhere. Farmland. Tractors. Flatbed trucks. Not straight off the dealership lot. These trucks are used, dusty, dirty, rusted. You would be hard pressed to find a shiny one. Amish horse and buggies driven by bearded men. Not a McDonald’s or Taco Bell or Quick Trip to mar the landscape. Ireland-green as far as you could see. Land of big skies. God’s country.”

Although not unique to St. Patrick, the town hosts an annual Irish Road Bowling tournament. Clearly, this sport sounds like a barroom diversion born of a few too many pints of Guinness, but the history of the game has its roots deep in Ireland’s history. The object of Irish road bowling sounds fairly simple: Take a 28-ounce, palm-sized steel ball, or "bowl," and roll it down the road. When it comes to a stop or leaves the road, the next person on the team rolls it farther up the road for an entire 1.5-mile course, a path that includes hills and curves and who knows what other impediments. Teammates may stand down the road to help select a path and also to get the ball before it ends up in the water-filled ditches. The team with the fewest number of roll-downs wins. Hmmm… it sounds like a pint or two may be a good strategy.

In addition to a rollicking game of Irish Road Bowling, St. Patrick has the unique distinction of having the only Post Office that has a pictorial cancellation stamp for St. Patrick’s Day. For nearly the past 80 years, the St. Patrick Post Office has been inundated with letters from around collecting the special cancellation, which is only available during the month of March. In spite of these amazing attributes, the town lacks a library! In support of this inimitable burg, Center for the Reader is spotlighting its awesome inventory of Irish-related fiction for the month of March.

Testimony of an Irish Slave Girl: Kidnapped from Galway, Ireland, as a young girl, shipped to Barbados, and forced to work the land alongside African slaves, Cot Daley's life has been shaped by injustice. In this stunning debut novel, Kate McCafferty re-creates, through Cot's story, the history of the more than fifty thousand Irish who were sold as indentured servants to Caribbean plantation owners during the seventeenth century. As Cot tells her story-the brutal journey to Barbados, the harrowing years of fieldwork on the sugarcane plantations, her marriage to an African slave and rebel leader, and the fate of her children, her testimony reveals an exceptional woman's astonishing life.

Sham Rock: The University of Notre Dame relies on Roger Knight, the rotund professor of Catholic Studies, and his brother Philip, a semiretired PI, to investigate certain delicate situations that could put the school in a bad light. Students, faculty, and alumni, like David Williams, are all fair game. Having been a successful financial adviser until recently, David has returned to campus to renege on a pledged donation to the university's ethics program. While he's there, one of his former classmates sends a letter confessing to the murder and a secret burial of one of their closest friends, a student who had gone missing decades before and was never found. As students, David, Patrick, and Timothy made up the "Trinity," an irreverent nickname for three close friends and fierce rivals---be it for on-campus prestige or the affections of a beautiful St. Mary's student from across the road. Ready to help the school put the whole sordid tragedy behind them, Roger and Philip set about the sad task of unearthing Timothy's body, only to find that they have a much bigger mystery with which to contend.

Black Irish: Absalom “Abbie” Kearney grew up an outsider in her own hometown. Even being the adopted daughter of a revered cop couldn’t keep Abbie’s troubled past from making her a misfit in the working-class Irish American enclave of South Buffalo. And now, despite a Harvard degree and a police detective’s badge, she still struggles to earn the respect and trust of those she’s sworn to protect. But all that may change, once the killing starts. When Jimmy Ryan’s mangled corpse is found in a local church basement, this sadistic sacrilege sends a bone-deep chill through the winter-whipped city. It also seems to send a message - one that Abbie believes only the fiercely secretive citizens of the neighborhood known as “the County” understand. But in a town ruled by an old-world code of silence and secrecy, her search for answers is stonewalled at every turn, even by fellow cops. Only when Abbie finds a lead at the Gaelic Club, where war stories, gossip, and confidences flow as freely as the drink, do tongues begin to wag - with desperate warnings and dire threats. And when the killer’s mysterious calling card appears on her own doorstep, the hunt takes a shocking twist into her own family’s past. As the grisly murders and grim revelations multiply, Abbie wages a chilling battle of wits with a maniac who sees into her soul, and she swears to expose the County’s hidden history—one bloody body at a time.

Great Irish Tales of the Unimaginable: Ireland's "rich heritage of mythology" is in large part responsible for the genre well represented in this anthology. Each of these 24 stories is prefaced by a brief history of the legend that inspired it and a short biography of its author. In the section titled "Gods and Heroes," Standish James O'Grady depicts Cuchulain, the legendary hero of Irish folklore, in "The Hound of Ulster"; W.B. Yeats relates the tale of the Sidhe - "the people of the hills," also known as the fairies-in "The Wisdom of the King"; and in "The Call of Oisin," Lady Gregory tells of the great Fenian warrior/poet Oisin and his pursuit of a beautiful golden-haired stranger. Collected under "The Romantic Sagas" are stories by Sinead de Valera (wife of the former President of Ireland), who, in "A Prince in Disguise," tells of Prince Cormac of Ulster and his courtship of Etain. Julia O'Faolain (daughter of writer Sean O'Faolain) writes of a fair lady being rescued from a dragon by a valiant knight in "Legend for a Painting"; and Maurice Walsh's "The Woman Without Mercy" pits brother-against-brother in a quest for the love of a black-hearted woman. An episode from the "Cyclops" section of James Joyce's Ulysses is among the tales grouped under "The Wonder-Quests." An interesting and varied collection, this volume will be of special interest to those interested in Celtic mythology.

St. Patrick's Gargoyle: As the millennium draws to a close, the gargoyles who guard the ancient buildings of Dublin come together to face an evil that threatens all they hold dear. This story of an eternal enemy is by the bestselling author of the Deryni series.