In 1942 Columbus sailed the ocean blue to the islands of the new world, landing in the Bahamas. Since then many others explorers have packed up their belongings and journeyed out to parts of the unknown. Go on an adventurous trip with these eBooks from our digital collections. 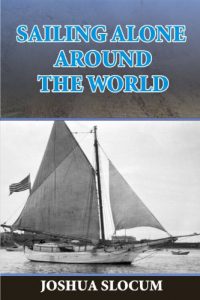 As the first person to ever complete a single-handed circumnavigation of the globe, Joshua Slocum recounts his pioneering feat in Sailing Alone Around the World (1899), an engaging memoir of his adventures aboard the sloop Spray. An immediate success, the book has inspired countless later travelers. Slocum, a master of understating his achievements, rebuilt the derelict sloop Spray between 1893 and 1894 and set off on his voyage in April 24, 1895. His voyage generated much publicity at the time and he was awaited by eager supporters at many of his ports of call. 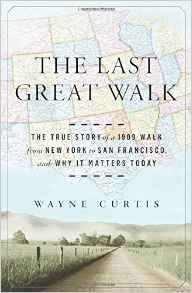 In 1909, Edward Payson Weston walked from New York to San Francisco, covering around 40 miles a day and greeted by wildly cheering audiences in every city. The New York Times called it the "first bona-fide walk . . . across the American continent," and eagerly chronicled a journey in which Weston was beset by fatigue, mosquitoes, vicious headwinds, and brutal heat. He was 70 years old. Using the framework of Weston's fascinating and surprising story, journalist Wayne Curtis investigates exactly what we lost when we turned away from foot travel, and what we could potentially regain with America's new embrace of pedestrianism. From how our brains and legs evolved to accommodate our ancient traveling needs to the way that American cities have been designed to cater to cars and discourage pedestrians, Curtis guides readers through an engaging, intelligent exploration of how something as simple as the way we get from one place to another continues to shape our health, our environment, and even our national identity. Not walking, he argues, may be one of the most radical things humans have ever done. 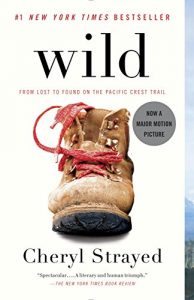 At twenty-two, Cheryl Strayed thought she had lost everything. In the wake of her mother's death, her family scattered and her own marriage was soon destroyed. Four years later, with nothing more to lose, she made the most impulsive decision of her life. With no experience or training, driven only by blind will, she would hike more than a thousand miles of the Pacific Crest Trail from the Mojave Desert through California and Oregon to Washington State--and she would do it alone. Told with suspense and style, sparkling with warmth and humor, Wild powerfully captures the terrors and pleasures of one young woman forging ahead against all odds on a journey that maddened, strengthened, and ultimately healed her. 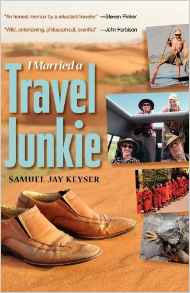 When he married for the second time, Jay Keyser thought he and his wife would settle down on a bucolic little farm where the cows meet the sea. That was before he found out the awful truth: he had married a travel junkie. While he was envisioning walks along quiet beaches, her sights were set on stakeouts beside Tanzani's Grumeti River watching crocodiles take down baboons. He didn't want to come within 6,000 miles of a crocodile, let alone 6 feet. But, somehow, he couldn't let Nancy go it alone. And so, for the past 15 years, Jay Keyser has followed his wife around this treacherous world. This is his chronicle. Our reluctant traveler did his level best to understand the extraordinary people and places he visited as well as his internal conflict. He gradually began to accept profound differences between his wife and himself. Although terrified by them, he has learned from his experiences, most especially from an encounter with an angry female gorilla, who offered key insight into marriage and human nature. Jay Keyser learned to stop and smell the elephant dung.