Dehydrating foods not only saves you money, but it is very simple and incredibly healthy. Dehydrated foods have an extended shelf life and take up less storage space. These titles, from our digital collections, can get you started dehydrating food from fruit to meat to vegetables. 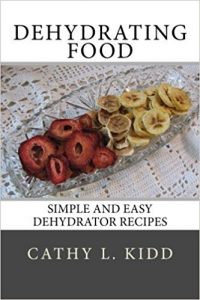 Cathy has added to her series of homemade recipe books with this new one of recipes for your dehydrator. If you've never thought about using that dehydrator you got years ago as a gift, this book will inspire you! In this book you'll find 145 simple, easy and unique recipes that work well as is or with modification of the ingredients. There are some variations listed with some of them but feel free to be creative and try something new! The recipes fall into two categories: recipes for dehydrating and recipes for items and meals that use dehydrated ingredients. You can create a new take on Banana Bread and Apple Pie, make your own granola and make some healthy snacks like Apple Slices and Banana Chips. There are even some recipes for treats for your pets.

With the easy-to-follow, step-by-step directions here, anyone can have fun, save money, and create delicious meals by dehydrating food. Learn the basic methods-sun drying, oven drying, net bag, and commercial food dehydrators-before moving on to drying herbs for tea, making your own tasty (and healthier) jerky, and so much more. Also included is a section on the nutritional benefits of drying food. With 164 recipes ranging from breads to desserts, soups to pies, and cereals to entrees, Dehydrating Food is a book for anyone who is interested in learning how to save money and create delicious meals by drying their own food. 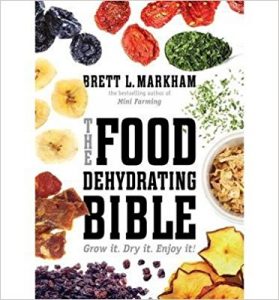 Twenty-one years ago, at a friend's request, a Massachusetts professor sketched out a blueprint for nonviolent resistance to repressive regimes. It would go on to be translated, photocopied, and handed from one activist to another, traveling from country to country across the globe: from Iran to Venezuela-where both countries consider Gene Sharp to be an enemy of the state-to Serbia; Afghanistan; Vietnam; the former Soviet Union; China; Nepal; and, more recently and notably, Tunisia, Egypt, Yemen, Libya, and Syria, where it has served as a guiding light of the Arab Spring. This short, pithy, inspiring, and extraordinarily clear guide to overthrowing a dictatorship by nonviolent means lists 198 specific methods to consider, depending on the circumstances: sit-ins, popular nonobedience, selective strikes, withdrawal of bank deposits, revenue refusal, walkouts, silence, and hunger strikes. From Dictatorship to Democracy is the remarkable work that has made the little-known Sharp into the world's most effective and sought-after analyst of resistance to authoritarian regimes. 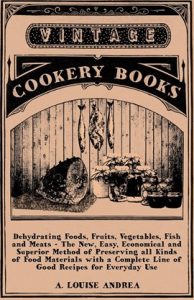 A. Louise Andrea's book on Dehydrating foods is of use to anyone interested in the process of dehydrating food stuffs at home and also to those doing so on a larger commercial scale. It contains information on how to preserve meat and fish as well as both fruit and vegetables for everyday use.