September boasts Dear Diary Day, so what better time to satisfy an urge to pry by reading a novel written in diary form? It's safer than picking the lock on your sister's journal! Diary novels are an intriguing strain of epistolary fiction, offering ostensibly secret glimpses into characters’ lives where you, the reader, can peruse things meant to be private. Since every author approaches a diary differently, the form is inherently creative; one person records day to day concerns, another emotional upheavals, still another snippets of written impressions with drawings or collage…the possibilities are as endless and varied as we are as humans (or as hamsters, as the case may be). Read on and consult this list for more excellent diary fiction. 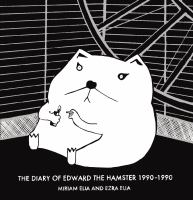 Edward is a hamster--yet he contains multitudes. Trapped in a cage with a wheel that taunts him with its meaninglessness, Edward records the existential ennui that is the sum of his short life. His diary is an extraordinary work, filled with profound meditations on the nature of captivity, the emptiness of life, and the irrational will to live. This dark, pithy, irresistibly witty diary, with illustrations by acclaimed artist Miriam Elia, makes the perfect gift for anyone on your holiday list. It won't take long before readers recognize that Edward is not just a hamster--he is a state of  mind.

The Diary of a Nobody by George and Weedon Grossman 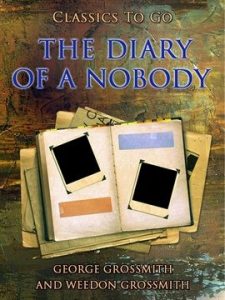 Brothers George and Weedon Grossmith's humorous 1892 book presents the details of English suburban life through the anxious and accident-prone character of Charles Pooter. Pooter's diary chronicles his daily routine, which includes small parties, minor embarrassments, home improvements, and his relationship with a troublesome son. The small minded but essentially decent suburban world he inhabits is both hilarious and painfully familiar. 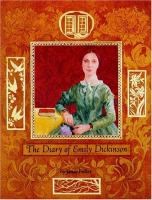 The Diary of Emily Dickinson by Jamie Fuller

The discovery of Emily Dickinson's poetry after her death unleashed a series of revelations that astonished those who knew her and continue to intrigue readers today. Who was the reclusive woman who wrote these wise and beautiful verses? To whom were the mysterious "master" letters, written at the height of her poetic creativity, addressed? Why did she keep most of her writing secret from her family? Did she hope for eventual fame? Answers to such questions could have been suggested in 1916, when, during reconstruction of the Dickinson house in Amherst, Massachusetts, a worker discovered Emily's secret diary hidden in a crevice of the wall of the conservatory. Unfortunately, he kept the discovery to himself for many years. Only now has this remarkable document, edited and annotated by Jamie Fuller, become available to Dickinson admirers. Such is the premise of this unique fictional work. The diary begins in March, 1867 and ends in April, 1868. During this span, Dickinson recounts the revelations and trials of her day-to-day life, from burnt puddings to professions of undying love. Author Jamie Fuller has given us a fictional diary based on close readings of Dickinson's writings and contemporaneous materials, that is so sensitive and sympathetic, so delicately and smoothly written, in a style so closely resembling Emily's own, that one could well believe it contains the private musings of the enigmatic poet. In it, Emily Dickinson comes alive.

The Black Stiletto by Raymond Benson

Could Martin Talbot's elderly, Alzheimer-stricken mother, Judy, really have been the Black Stiletto? When Martin discovers several volumes of her diaries hidden by his mother, he is stunned beyond all imagination. His mother, the underground heroine of yesteryear? The famed, still unidentified woman who battled Communist spies, took on the Mafia, and preyed on common crooks? The woman who exacted punishment on evildoers without mercy? But it is all described, in great detail, in the diaries. What caused her to begin her quest for justice? Her decision to act outside the law? Her feats as the famed and feared vigilante? How her reputation exploded? In short, how it all played out. Could it be true? Talbot is filled with doubt and disbelief. But the reappearance of one of the Stiletto's old enemies with a thirst for merciless revenge makes the story more than real and could imperil the life of not only the Stiletto, but her son and granddaughter as well.

All annotations courtesy of goodreads.com.