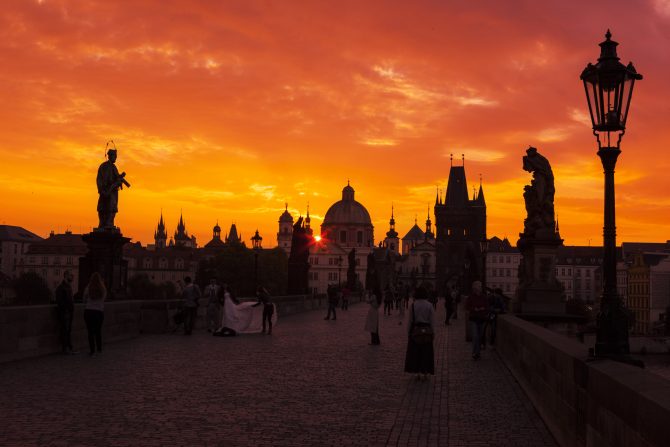 The Unbearable Lightness of Being - Milan Kundera is probably the most well-known living Czech author, though he's been a French citizen for over forty years. The Unbearable Lightness of Being is his seminal work, set during the Prague Spring of 1968. You may also remember the film of the same name, which mostly features Daniel Day-Lewis peering over his glasses while looking smarmy. Much of his subsequent work deals with the same period, so if you're into existential malaise set during the Velvet Revolution, Kundera is the man for you.

The Good Soldier Svejk and His Fortunes in the World War is an unfinished picaresque satire by Jaroslav Hašek about a bumbling soldier name Švejk. Set during World War I, the novel is heavily inspired by Hašek's time in the Austro-Hungarian military. Švejk skirts the line between willful insolence and straight up incompetence but it's never clear exactly how smart he is. He runs afoul of just about everyone and his misadventures are filled with enough bawdy humor and drunkenness to register with modern audiences. Švejk has been adopted as a hero of sorts by the Czech people and his image can be seen all over Prague.

Closely Watched Trains is an early novel by Czech writer Bohumil Hrabal. It was turned into a movie by the same name. Hrabal was known for his experimental and dark subject matter. Suicide frequently showed up in his work, so it was with some skepticism that people took reports of the "accidental" fall that lead to his death. But Closely Watched Trains is not that. It's a short and funny coming-of-age story about a young man who works at a provincial train station in Czechoslovakia. He's obsessed with the same thing most young men are: girls, sex and defying the Nazis. You know, standard teenage stuff.

The Complete Stories - No discussion of Czech literature is complete without mention of Franz Kafka. Some purists question his place in the history because he chose to write in German. Regardless, his stories remain indelible. His work, famously published after his death, is suffused with anxiety, depression and his complicated relationship with his father. The Kafka Museum in Prague features a ringing phone that is piped through the exhibit's speakers but never answered. It's maddening and perfectly encapsulates the frustrating bureaucracy that characterizes what we now describe as Kafkaesque.