The term comic books comes from

publishing a book of comic strips from the newspaper funnies.

A comic book is an illustrative art form. In comic books, there are panels of individually drawn scenes that are often colorful, and accompanied by written dialog in word balloons.

American comic books are categorized into four eras, based on when they were published: 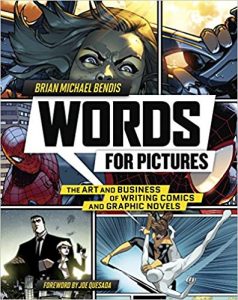 Review provided by OverDrive
Arguably the most popular writer in modern comics, Brian Michael Bendis shares the tools and techniques he uses to create some of the most popular comic book and graphic novel stories of all time. Words for Pictures provides a fantastic opportunity for readers to learn from a creator at the very top of his field. 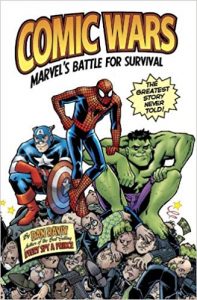 Review provided by Hoopla
As ferocious and fateful as any battle in the pages of Marvel Comics, this is the true story of the life-or-death struggle for Marvel -- choked by bankruptcy in 1996 because of high-powered money men who did not care at all about Spider-Man, the X-Men, the Incredible Hulk, Captain America, or the other iconic heroes of the comics. 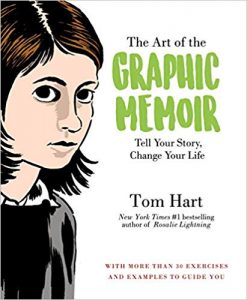 Review provided by OverDrive
#1 New York Times bestselling author and Eisner-nominated cartoonist Tom Hart has written a poignant and instructive guide for all aspiring graphic memoirists detailing the tenets of artistry and story-telling inherent in the medium. Hart examines what makes a graphic memoir great, and shows you how to do it. 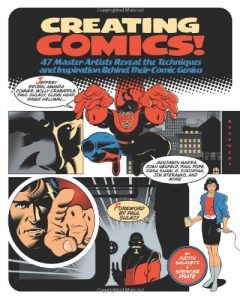 Review provided by Hoopla
Comics are a unique form of storytelling created by talented and visionary artists. Creating Comics! is the first book to truly explore the backstories of the most talented visual artists currently practicing. Two of the most successful comic artists, Paul Gulacy and Michael Cavallaro, pen the foreword and introduction of the book, setting the tone for a truly remarkable collection of interviews from artists.

Young or old there are comic for all ages.