Dogs in warfare support the special operations of the military. They are used for their superior senses of smell and hearing and are trained for scouting, patrolling and countermine. Take a look into the life of the military's best friend with these eBooks from our digital collections. 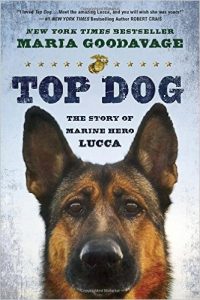 In Top Dog, Maria Goodavage takes readers into the life of Lucca K458, a decorated and highly skilled military working dog. An extraordinary bond develops between Lucca and Marine Corps dog handlers Chris Willingham and Juan Rodriguez, in what would become a legendary 400-mission career. A Specialized Search Dog, Lucca belongs to an elite group trained to work off-leash at long distances from her handler. She served alongside both Special Forces and regular infantry, and became so sought-after that platoons frequently requested her by name. 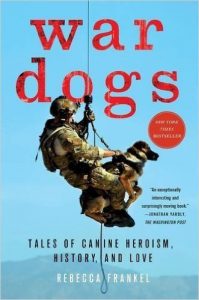 In War Dogs, Rebecca Frankel offers a riveting mix of on-the-ground reporting, her own hands-on experiences in the military working dog world, and a look at the science of dogs' special abilities-from their amazing noses and powerful jaws to their enormous sensitivity to the emotions of their human companions. The history of dogs in the U.S. military is long and rich, from the spirit-lifting mascots of the Civil War to the dogs who lead patrols hunting for IEDs today. Frankel interviewed not only handlers who deployed with dogs in wars from Vietnam to Iraq but also top military commanders, K-9 program managers, combat-trained therapists who brought dogs into war zones as part of a preemptive measure to stave off PTSD, and veterinary technicians stationed in Bagram. She makes a passionate case for maintaining a robust war-dog force. In a post-9/11 world rife with terrorist threats, nothing is more effective than a bomb-sniffing dog and his handler. 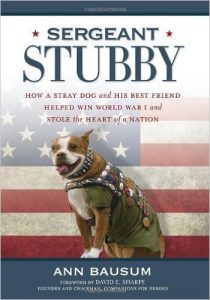 Meet Sergeant Stubby: World War I dog veteran, decorated war hero, American icon, and above all, man's best friend. Stubby's story begins in 1917 when America is about to enter the war. A stowaway dog befriends Private James Robert "Bob" Conroy at the Connecticut National Guard camp at Yale University and the two become inseparable. Stubby also wins over the commanding officer and is soon made an official member of the 102nd Infantry of the 26th division. What follows is an epic tale of how man's best friend becomes an invaluable soldier on the front lines and in the trenches, a decorated war hero and an inspiration to a country long after the troops returned home. 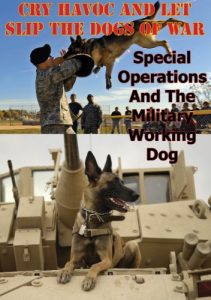 This paper examines the potential for military working dogs to support Special Operations Forces (SOF). Modern technology has not eliminated the operational prospective for the military employment of dogs. Canine olfactory superiority, advanced hearing, and ability to detect movement offer significant military employment potential. Military working dogs can be trained for scouting, patrolling, building and ship searches, countermine, counterdrug and tracking. When used properly, dogs are an inexpensive and efficient force multiplier. Qualitative research using correlational data comprises the monograph's methodology. Military working dog capabilities, limitations, and historical employment will be discussed and then compared to Special Operation Forces principal missions and collateral activities. The conclusion demonstrates that dogs have a wider role to perform in today's operational environment and that military working dogs can augment and complement SOF operations. Nearly every SOF mission can benefit from the inclusion of dogs- particularly in support of Stability and Support Operations conducted in developing countries that cannot employ or sustain complex and technologically sophisticated equipment.