Use your library card to check out full episodes of these classic TV shows from Hoopla Digital. Television episodes checkout for 72 hours (3 days) at a time, and a total 10 titles can be checked out each month. Start your trip down memory lane today with Ken Burns from these classic shows, and be sure to check out all of the other fun and exciting materials offered from Hoopla Digital. 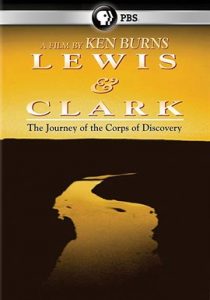 In 1801, the United States ended at the Mississippi River and almost all Americans lived 50 miles west of the Atlantic Ocean. When President Thomas Jefferson bought the Louisiana Territory from Napoleon, he doubled the country's size. The sudden western expansion of the United States--and rumors of a Northwest Passage that would link the Atlantic with the Pacific--motivated Jefferson to find the great byway to the West. Previously, it had been shrouded in mystery--Jefferson's books described a world that contained erupting volcanoes, hills of pure salt and blue-eyed Indians who spoke Welsh. He appropriated $2,500 for the journey and commissioned his secretary, Meriwether Lewis, to the task of revealing the West. Lewis asked his old friend, William Clark, and a group of rough frontiersmen to join the expedition, now called the Corps of Discovery. This Ken Burns documentary chronicles the challenges, frustrations and anxiety that faced the Corps of Discovery -- their encounters with Native Americans, the new animals and plant life they discovered, their historic pairing with Sacagawea, and their crossing of the Continental Divide. 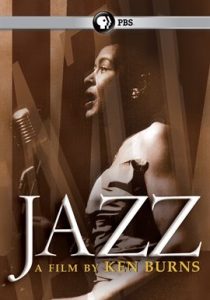 Jazz is born in the unique musical and social cauldron of New Orleans at the turn of the 20th century, emerging from several forms of music, including ragtime, marching bands, work songs, spirituals, European classical music, funeral parade music and, above all, the blues. Musicians who advance early jazz in New Orleans include Creole pianist and composer Jelly Roll Morton, cornetist Buddy Bolden and clarinet prodigy Sidney Bechet. Composer W.C. Handy codifies the blues through his popular compositions. The Original Dixieland Jazz Band makes the first jazz recordings. Their enormous popularity spreads the sounds of jazz across the country and, eventually, the world. At the end of the episode, viewers meet an 11-year-old New Orleans boy, Louis Armstrong, who will emerge from the city's toughest streets to become jazz music's greatest star and transform American music. 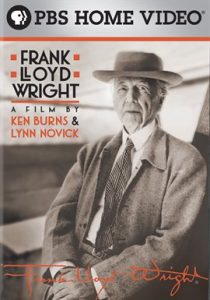 This two-part documentary film explores the life of one of America's greatest architects--hated by some, worshipped by others and ignored by many. Using archival photographs, live cinematography, interviews, newsreel footage and home movies, the film tells the story of Wright's turbulent life and his extraordinary professional career. It includes the commentary of architects, historians, biographers, writers, artists, former students of Wright and members of his family. The film explores in detail some of his most important buildings, including the Prairie Houses; Unity Temple; the Larkin Building; the Imperial Hotel in Tokyo; Fallingwater; the Johnson Wax Building in Racine, Wisconsin; the Usonian Houses; and the Guggenheim Museum in New York. 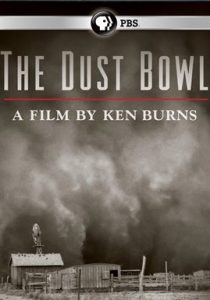 Survey the causes of the worst man-made ecological disaster in American history, when the frenzied wheat boom of the "Great Plow-Up," followed by a decade-long drought during the 1930s, nearly swept away the breadbasket of the nation. See vivid interviews with 26 survivors of those hard times, combined with dramatic photographs and seldom-seen movie footage, that bring to life stories of incredible human suffering and equally incredible perseverance. The documentary is also a morality tale about our relationship to the land that sustains us - a lesson we ignore at our peril.