St. Louis Public Library holds a vast collection of materials from the era – photographs, postcards, posters and periodicals – that viewed together help shed light on this world-altering historical event. Items on display examine a number of themes, such as the creation of a modern military, the expansion of the federal government, civilian participation at home and the changing roles of women and minorities.

Use your library card to check out these classic movies from Hoopla Digital. Movie episodes checkout for 72 hours (3 days) at a time, and a total 10 titles can be checked out each month. 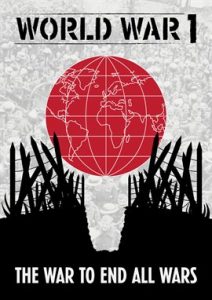 Fascinating documentary on "The War to End All Wars." 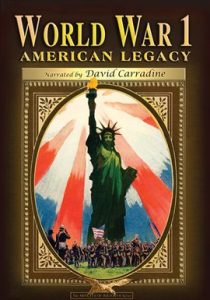 World War 1 – American Legacy vividly tells the many forgotten stories of the men and women who served in the Great War, reminding Americans of their impact on our country that can still be felt today. Charles Whittlesey of the Lost Battalion and Father Duffy of the Fighting 69th became famous for surviving against impossible odds. Pilots Victor Chapman and Quentin Roosevelt and ambulance drivers like Richard Hall made the supreme sacrifice Writers such as e.e.cummings, Ernest Hemingway, Joyce Kilmer and Alan Seeger were inspired by the tragedy around them. African-American soldiers like James Reese Europe and the Harlem Hell Fighters made history. Female volunteers like the Hello Girls" and Red Cross nurses risked their lives supporting the troops and started a new era for women. From the summer of 1914 to November 1918, the Great War cost over 14 million lives, devastated entire countries and destroyed countless architectural landmarks. The war also led to important developments in literature, technology, music and social equality that have shaped the culture of 21st century America. Monuments and dedications to World War 1 veterans surround Americans today as a tribute to their service and sacrifice. Filmed in high definition and full of period music, photographs and monuments, World War 1 – American Legacy includes rare images that have never been seen before on screen, bringing the extreme detail of the Great War to life. 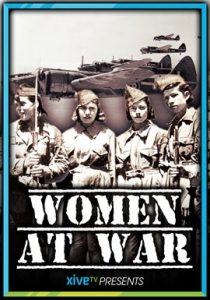 Soldiers, mothers, nurses, spouses, spies... Eternal victims of war, eternally neglected by history. These are the stories of women both famous and unknown who battled against the misery and unspeakable horror of war-torn Europe. 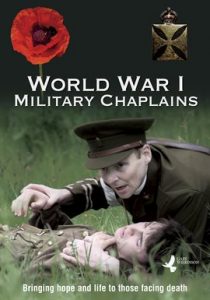 Military chaplains, men of faith serving in World War I, found themselves facing the gruesome reality of modern warfare. Serving side by side with soldiers in the trenches, chaplains became essential to the spiritual and psychological needs of those under their care. This four-part series takes you inside the lives of military chaplains who served during the Great War. Dramatic reenactments and interviews with key experts shed new light on an often overlooked but important role.