Chess is not only a game for master chess players.  Competitions occur at all levels...beginner, intermediate, and advanced. At this present moment, somewhere two people are locked in a battle of minds.  You can rule the chess board with these titles from our digital collections. 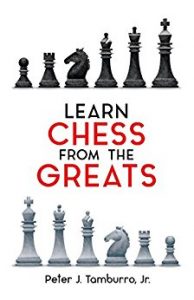 Review provided by Hoopla
Beginning students of the game as well as veterans of the board will find this chess guide offers a wealth of inspiration, enjoyment, and practical chess advice. In providing valuable instruction for players at all levels, noted chess writer and teacher Peter Tamburro initially presents elementary ideas that can be used immediately by beginners. The attack section features the tactics of such great masters of the assault as Fischer, Keres, Alekhine, Larsen, and Rubinstein - all demonstrating how to win the middle game. A survey of endgame concepts follows, along with a selection of challenging chess problems and 60 complete games by Blackburne, Marshall, Tartakower, Polgar, and other champion players. An accessible, enjoyable guide, Learn Chess from the Greats allows readers to learn the fundamentals and improve their game in an informal, user-friendly way. 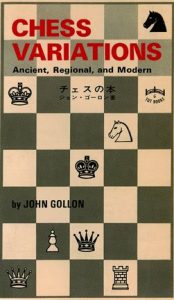 Review provided by Hoopla
Learn the many varieties of chess the world over with this concise chess guide. Chess Variations is a must for all chess enthusiasts and an outstanding book which promises many hours of pleasurable entertainment for all others. With more than 40 variations of the popular board game, this book contains, among others, the oldest known form of chess (Chaturanga), the game created by Edgar Rice Burroughs and introduced in his Martian series (Jetan), as well as regional forms currently played in Korea, Malaya, Burma, Thailand, and Japan. For those games that require boards or pieces other than those issued in playing modern chess, the author presents guidelines on "The Construction of Sets." Also included in the book are charts, diagrams, and sample games played by the author and his friends. The excitement of playing these exotic chess variations increases with the knowledge of their historic beginnings as well as with the movements of such strange-sounding pieces as the Zarafah, Ashwa, and Firzan 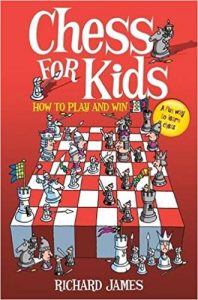 Review provided by OverDrive
This is the perfect introduction to chess for children from the age of seven upwards. The book contains 30 short lessons, starting with learning about the board and the pieces, then the moves of each piece in turn, then the vital concepts of check, checkmate and stalemate, and finally basic strategy and thinking skills. Quizzes and puzzles reinforce what the children learn. The book uses the characters of the 7-year-old twins Sam and Alice who are always arguing and fighting. They decide to join the army where they are told about an impending invasion of aliens from the planet Caïssa. The outcome of the invasion will be decided by a game of living chess. During their lessons they learn about the battlefield and the different types of soldier and get to play the part of each in turn. 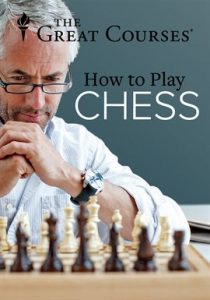 Review provided by Hoopla
Chess is a sport, a science, and an art. The fun of the game is that anyone can play, and there is always something more to learn-especially with the right guide. From the basics of the game to advanced strategy and tactics, and everything in between, How to Play Chess: Lessons from an International Master is any chess enthusiast's opportunity to enhance your understanding of the game.