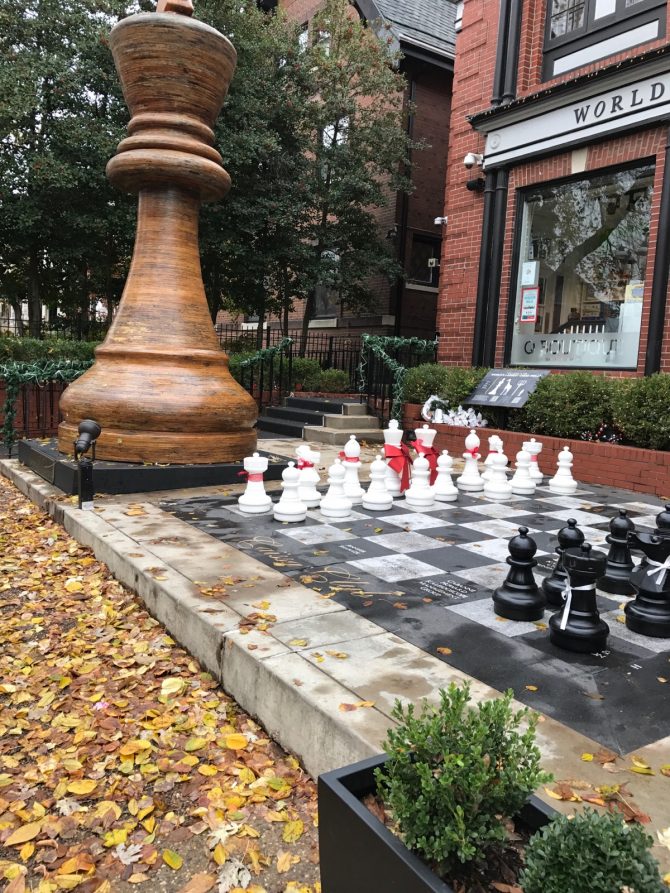 Right around the corner from the Schlafly Branch Library is the World Chess Hall of Fame. Originally founded in 1984, it has changed locations several times before settling in the Central West End in 2011. A non-profit institution, it bridges the gap between chess and art. It regularly holds exhibits that showcase the dynamic design of the game and appeals to an international market. The St. Louis Public Library offers a comprehensive selection of books about the game’s history and strategy.

Of course, you should also stop by the World Chess Hall of Fame. They always have unique boards and pieces on display, and you may just be challenged to a match. Grab some books from the Library first, so if someone mentions a Cologne Defense, you won't think it's an excuse for a bad date.

HOW TO REASSESS YOUR CHESS

The Queen of Katwe

The History of Chess in Fifty Moves