When a book is made into a major motion picture, it is said to read the book first. Download these titles that are coming to a theater near you from our digital collections! 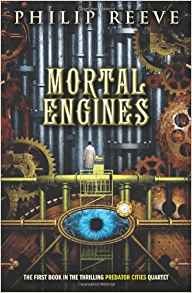 Review provided by OverDrive
London is hunting again. Emerging from its hiding place in the hills, the great Traction City is chasing a terrified little town across the wastelands. Soon, London will feed. In the attack, Tom Natsworthy is flung from the speeding city with a murderous scar-faced girl. They must run for their lives through the wreckage—and face a terrifying new weapon that threatens the future of the world. 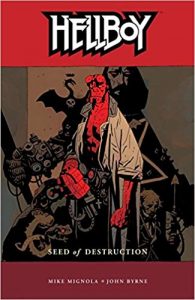 Review provided by Hoopla
Dark Horse presents new editions of the entire Hellboy line with new covers, beginning with Seed of Destruction, the basis of director Guillermo del Toro's blockbuster films. Hellboy is one of the most celebrated comics series in recent years. The ultimate artists' artist and a great storyteller whose work is in turns haunting, hilarious, and spellbinding. Mike Mignola has won numerous awards in the comics industry and beyond. When strangeness threatens to engulf the world, a strange man will come to save it. Sent to investigate a mystery with supernatural overtones, Hellboy discovers the secrets of his own origins, and his link to the Nazi occultists who promised Hitler a final solution in the form of a demonic avatar. 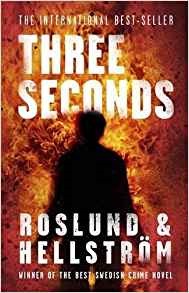 Review provided by OverDrive
Piet Hoffman, a top secret operative for the Swedish police, is about to embark on his most dangerous assignment yet: after years spent infiltrating the Polish mafia, he's become a key player in their attempt to take over amphetamine distribution inside Sweden's prisons. To stop them from succeeding, he will have to go deep cover, posing as a prisoner inside the country's most notorious jail. 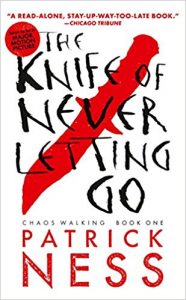 Review provided by OverDrive
Todd Hewitt is the only boy in a town of men. Ever since the settlers were infected with the Noise germ, Todd can hear everything the men think, and they hear everything he thinks. Todd is just a month away from becoming a man, but in the midst of the cacophony, he knows that the town is hiding something from him — something so awful Todd is forced to flee with only his dog, whose simple, loyal voice he hears too. With hostile men from the town in pursuit, the two stumble upon a strange and eerily silent creature: a girl. Who is she? Why wasn't she killed by the germ like all the females on New World? Propelled by Todd's gritty narration, readers are in for a white-knuckle journey in which a boy on the cusp of manhood must unlearn everything he knows in order to figure out who he truly is.