Cinco de Mayo is this week! But wait, what is Cinco de Mayo, actually? There is a lot more to this holiday than an excuse to eat yummy tacos. Delve into Mexican culture with these fun and festive books. 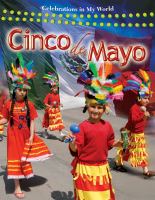 On May 5, 1862, a small group of Mexican forces defeated a powerful French army at the Battle of Puebla, one of historys most memorable fights for freedom. It is this victory that Mexicans, especially those settled in the United States, celebrate as Cinco de Mayo, (Fifth of May). Colorful parades, music, folk dances, and reenactments of the famous battle mark the celebrations. 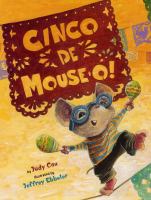 Mouse enjoys the sights and smells of Cinco de Mayo despite being trailed by a determined cat. 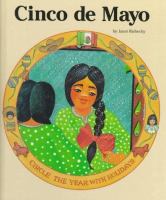 Although Maria is not too successful at helping her family prepare for Cinco de Mayo, she wins an art contest at the library and gets to break the pinata back home. Includes instructions for making tacos and three crafts. 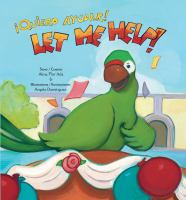 A pet parrot tries to help his human family prepare for the Cinco de Mayo festivities in San Antonio, Texas. 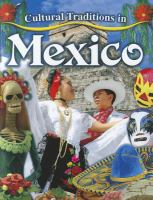 Mexico's culture is a unique mixture of ancient traditions passed down by the native Maya and Aztec peoples, and the religion and culture of Mexico's Spanish conquerors. This interesting book describes how the blending of native and Spanish traditions, beliefs, and rituals has resulted in many of the lively and colorful festivals celebrated today. Young readers will also learn how the Mexican people celebrate family occasions with fiestas. 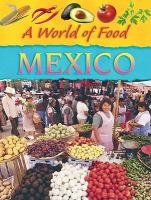 A World of Food: Mexico by Geoff Barker

Dive into this feast of tasty facts about the food and cooking of Mexico. Learn all about the climate, history, religion, and culture of Mexico and how they have influenced the national cuisine. Read this book and discover: chapulines, or crunchy fried grasshoppers -a popular dish of Oaxaca The famous nuns of Pueblo who, according to legend, invented mole poblano, Mexico's national dish The Day of the Dead, when street stalls sell iced sugar skulls and orange-scented pan de muertos - bread of the dead The book contains three recipes with clear, step-by-step instructions, so you can try cooking up some popular Mexican dishes for yourself. Book jacket. 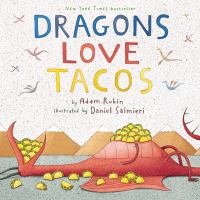 This story explores the love dragons have for tacos, and the dangers of feeding them anything with spicy salsa. It gives recipes and advice for making and serving tacos at a party for dragons. And if you have plenty of tacos, nothing could possibly go wrong at your party. Right???!

Get ready for the festivities with your own Paper Bag Maracas, which can be made with common household items.