Your home team didn't make it to the World Series. Which team should you root for now? As a baseball fan, you can show good sportsmanship by rooting for the team from the same division as your home team. Why? Because it could of been your team playing the other division's team. Read about the teams that made it to the World Series Championship games from these digital titles from our collections. 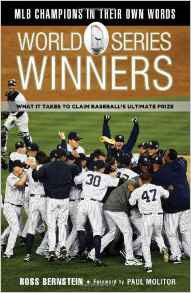 Demonstrating that claiming the most sought-after moniker in baseball is truly an epic journey, this record explores what separates World Series victors from those who come up short. More than 50 current and former Major League Baseball players, managers, and coaches from the last 50 yearsall of whom have World Series championships under their beltsare interviewed, including Jack Morris, Lance Parrish, Kent Hrbek, Jim Kaat, and Dave Winfield. Packed with never-before-published stories, this chronicle includes hilarious tales from the clubhouse and dugout as well as inspirational and educational anecdotes. Answering questions such as How are great teams built? How do you keep players motivated when momentum seems to be turning against them? and What are the key qualities that every leader must possess? this investigation illustrates how championship baseball teams offer valuable lessons that can be readily applied to everyday life. 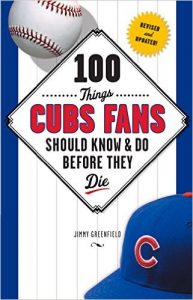 This lively, detailed book explores the personalities, events, and facts every Cubs fan should know. More than a look at the century-long wait for another World Series win, the book contains crucial information for Cubs fans, such as important dates, player nicknames, memorable moments, and outstanding achievements by singular players. This guide to all things Cubs also includes a list of must-do Cubs-related activities, which include taking in Wrigley field, traveling to Arizona for spring training, and sipping beers at the best Cubs bars around the country.This new, updated edition features the new generation of Cubs stars, including manager Joe Maddon, sluggers Anthony Rizzo and Kris Bryant, and ace Jon Lester. 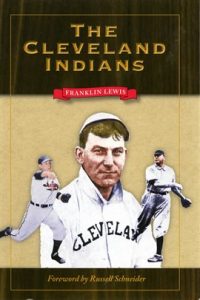 First published by G. P. Putnam's Sons in 1949, Franklin "Whitey" Lewis's The Cleveland Indians begins with the organization's early years as the Cleveland Forest Citys, covers the 1920 World Series victory over the Brooklyn Dodgers, and concludes with the excitement of the 1948 pennant race. This early team history covers such Cleveland legends as Cy Young, from his days in Tuscarawas County and Canton and his time with the Cleveland Spiders; Bob Feller, his discovery and development; and Larry Doby, the second African American to play in the major leagues and the first to play in the American League. It also delivers such forgotten and lesser-known stories as professional baseball's first-ever perfect game, thrown by John Lee Richmond of Worcester against the Cleveland Forest Citys on June 12, 1880; the acquisition of Napoleon Lajoie and the city's vote to change the team's name to the Napoleons (Naps) in his honor; and Charles W. Somers and John F. Kilfoyl and the birth of the American League. 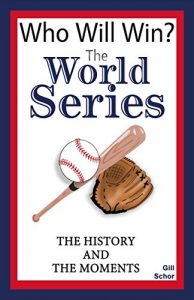 From the Phillies' first franchise victory in 1980 to the Yankees' 27th and last winning trophy in 2009, we cover every World Series game since 1969. Our content is rich in highlights, tables and trivia notations, making this series an exciting read for sports fans of all ages.