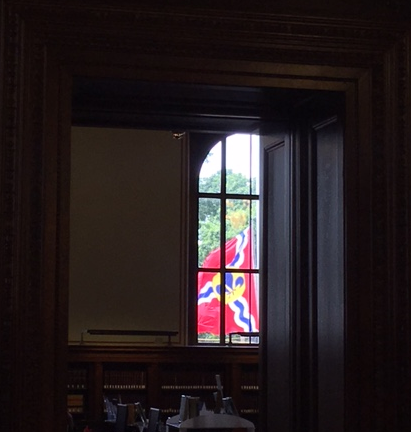 While some people may wonder What Government Does and Why Public Service Matters, as the saying goes, if you Don't Vote, you can't complain. You Have the Power to help choose the next Mayor of St. Louis and the first new mayor in sixteen years; there will also be races for aldermen ("odd" wards and one "even" special election) and some propositions on the ballots this spring (did you know there is a Proposition S on the March 7 ballot? See resources below for more info). There are several mayoral candidates Running for Office and the election may even result in St. Louis allowing Women in the Club for the first time (thus far, all 45 St. Louis mayors have been men). Primary Election Day is on Tuesday March 7, and the General Municipal Election will be held on April 4 (registration deadline is March 8 - you can register at any St. Louis Public Library or at the Election Board). You are no doubt aware of the many serious Issues Confronting City & State Governments: Income Inequality (& The Fight for Fifteen), Preparing for Climate Change, Crime, Drugs, Gun Violence, Police Management, Homelessness, The Immigration Crisis, dealing with the Ghosts of Jim Crow, issues with Urban Education, approaches to Economic Development, and Rebuilding Urban Neighborhoods - our new mayor is going to have a lot on his or her plate. Do your part as The Urban Voter: get to know the candidates and their Big Plans, how they plan to end the Us Against Them mentality, make St. Louis one of the Great Cities in America Where the Jobs Are, and provide Leadership for the 21st Century. Democracy Matters, so don't be one of The Vanishing Voters. Show up on March 7 AND on April 4 and help St. Louis Decide. Below the list of books we've referenced - which are also links to the SLPL catalog - are some additional resources to help you learn about the candidates and the issues so you can make informed choices at the ballot. These will be updated as we learn of more - share your favorite resource with us by emailing lthorp@slpl.org.