All SLPL locations are closed until further notice. 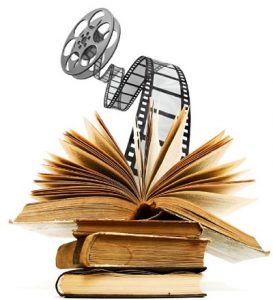 The book often provides more detail to the plot and characters, than you will find in the movie. Reading the book relies on your imagination to envision all the characters and settings.

Often, movie adaptations leave out characters that played a significant role in the books. By only seeing the movie, you may miss some of these important characters who lend so much to the story.

Books are more detailed. By reading the book first, you have a great understanding of the plot, characters and the ending of the film. At times, the director has to make some decisions and whole chapters can end up on the cutting room floor. Also, the movie may stray from the story lines in the book.

Check out these titles from our digital collections before you head to the movie theater! 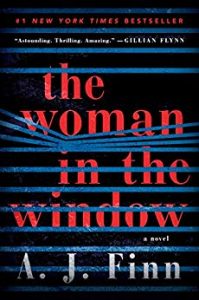 Review provided by OverDrive
Anna Fox lives alone—a recluse in her New York City home, unable to venture outside. She spends her day drinking wine (maybe too much), watching old movies, recalling happier times . . . and spying on her neighbors. Then the Russells move into the house across the way: a father, a mother, their teenage son. The perfect family. But when Anna, gazing out her window one night, sees something she shouldn't, her world begins to crumble—and its shocking secrets are laid bare. 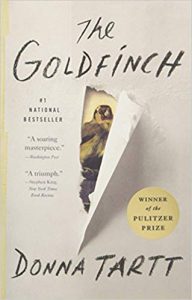 Review provided by OverDrive
Theo Decker, a 13-year-old New Yorker, miraculously survives an accident that kills his mother. Abandoned by his father, Theo is taken in by the family of a wealthy friend. Bewildered by his strange new home on Park Avenue, disturbed by schoolmates who don't know how to talk to him, and tormented above all by his longing for his mother, he clings to the one thing that reminds him of her: a small, mysteriously captivating painting that ultimately draws Theo into the underworld of art. 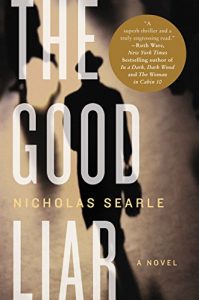 Review provided by Hoopla
When Roy meets a wealthy widow online, he can hardly believe his luck. Just like Patricia Highsmith's Tom Ripley, Roy is a man who lives to deceive-and everything about Betty suggests she's an easy mark. He's confident that his scheme to swindle her will be a success. After all, he's done this before. Sure enough, Betty soon lets Roy move into her beautiful home, seemingly blind to the web of lies he's woven around her. But who is Roy, really? 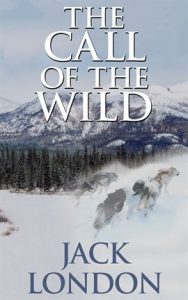 Review provided by Hoopla
Commonly considered to be Jack London's tour de force, The Call of the Wild tells the story of Buck, a domesticated dog ripped from a comfortable life when he is stolen from his home on a California ranch. Sold to a pair of men in Canada, Buck is trained as a sled dog in cold wilderness of the Klondike region. However, Buck's ordeal has only begun, as he is forced to learn how to overcome both in the brutal conditions and as the primal social facets as a member of a dog sled pack.