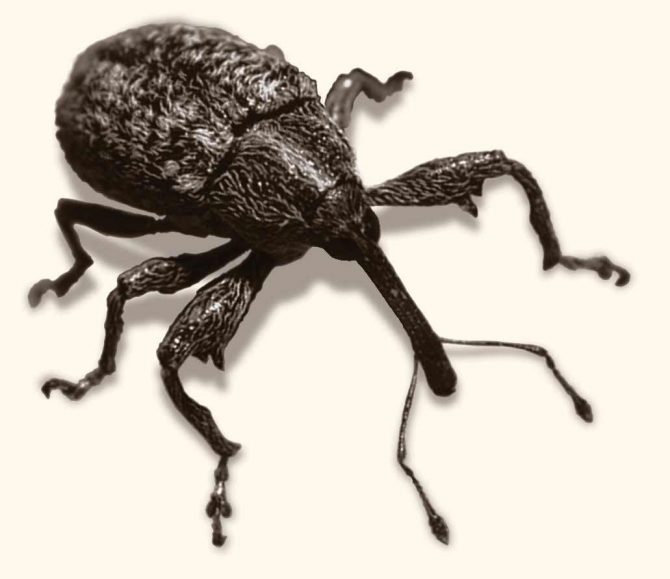 Though there are thousands of statues in the United States there are not many which depict an agriculture pest. In fact there is only one, the Boll Weevil Monument in the town of Enterprise in Coffee County, Alabama. The boll weevil is a beetle which feeds on parts of the cotton plant, preventing cotton growth. Originating from Central Mexico the weevil had slowly spread north, reaching Alabama by 1915. There it destroyed nearly 60% of the cotton crop in Coffee County. Facing economic ruin the farmers decided to try other crops, namely peanuts. By 1917 Coffee County had become the leading producer of peanuts in the United States. This diversification saved the town and led to an economic boom. 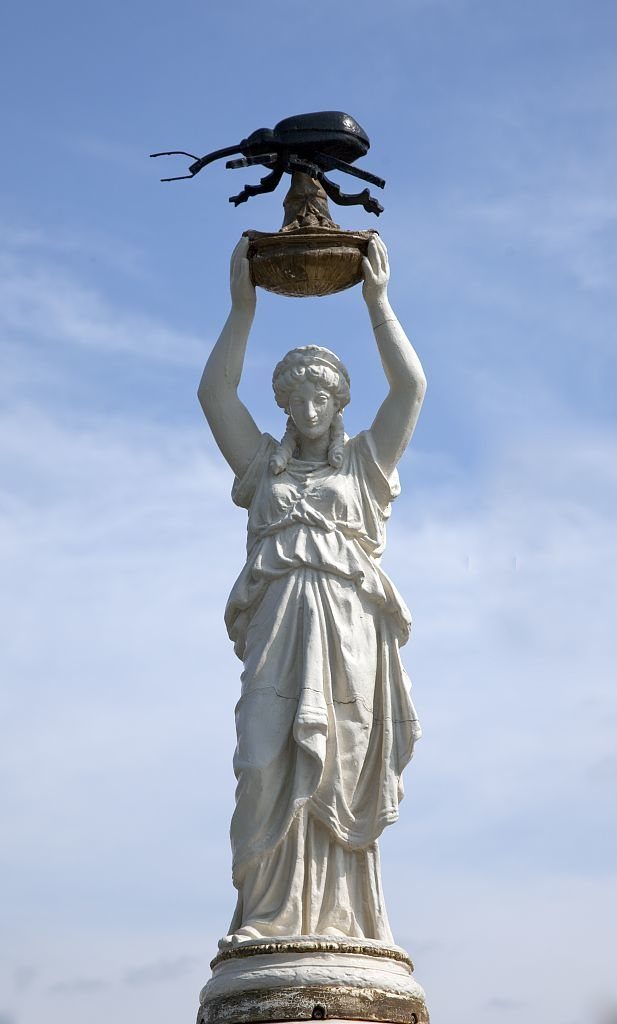 As a way of honoring the pest which led to their success, the people of Enterprise commissioned a monument in 1919. The statute was made in Italy at the cost of $1800 ($2.6 million today) and depicts a female figure in flowing robes holding a fountain above her head. The statue is also mounted in the center of a larger fountain. The statue was dedicated on December 11th, 1919 with the following inscription on its base “In profound appreciation of the Boll Weevil and what it has done as the herald of prosperity this monument was erected by the citizens of Enterprise, Coffee County, Alabama”

The infamous boll weevil however, was not added until thirty years later, when Luther Baker thought the Boll Weevil Monument should have a boll weevil on it. He made a four legged model of a boll weevil and had it mounted atop the statue. Through the years the statue was damaged multiple times by vandalism and Baker’s weevil was eventually stolen in 1953. Following the theft a larger and more accurate version was installed. This boll weevil was stolen in 1998 when someone broke both arms off the statue. Though the town initially moved to repair the statue, the cost proved to be too high. Today a resin replica sits in its place. The original is still available for viewing nearby at Enterprise’s Depot Museum.