Question: While researching my family, I have found records listing race for a particular individual as Mulatto, Black, and White. Which listing should I believe?

Answer: There may be a variety of factors at work. In some cases, a census taker or county clerk recorded a person’s race based on the person’s appearance or the recorder’s knowledge of the person’s family or background, rather than basing it on that person’s response to a question. In other cases, African American and Native American people would sometimes say that they were white if their skin color and hair enabled them to “pass” as White. Doing so gave them greater access to jobs, housing, and education.

As for which racial designation you should believe, that depends on what you have already learned about a person and his or her family. In the case of any genealogical question, you can employ what is referred to as “preponderance of evidence.” That is, if three pieces of evidence about a person indicate Mulatto or Black, and one indicates White, it is fair to assume that person was Black, although additional evidence may allow us to alter that judgement.

We can now also employ genetic testing to help answer questions about race and ethnicity, although even this sort of testing may not offer definitive answers to such questions. 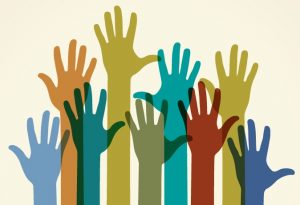