Everyone has heard “beware the Ides of March” but have you ever stopped to consider: what exactly is an “ides” and why should we beware of them in March?

Early Roman calendars were based around the phases of the moon. A month would be divided into three parts: the “kalends” which was the first of the month and happened on the new moon, the “nones” on the first quarter of the moon which would be the 5th or 7th of the month, and the “ides” which was on the full moon and represented either the 13th or 15th of the month. Unlike our current calendars, the early Roman calendar only had ten months and started with March. In place of January and February there was just a long period of winter. According to this calendar system the first full moon of the year would always be on the ides of March.

But none of that points to why we should “beware” the ides of March. 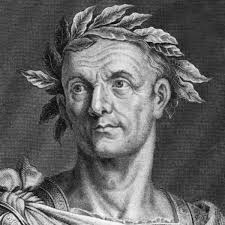 For that we have to change calendars and meet Julius Caesar. Gaius Julius Caesar was a Roman general, politician, and eventually a dictator who was born around 13 Quintilis (now known as July), 100 BC. After achieving great military success in the Gallic Wars, he eventually launched a civil war against Rome and seized power. Caesar made many changes while in power, one of which was to restructure the current moon-based calendar to one based off the sun. First he added 10 days to the then current 355, added in the months of January and February, and declared January 1 as the start of the new year. He also introduced the concept of leap years and the month of Quintilis was renamed July in his honor. Around the same time as the calendar changes, Julius Caesar also became Dictator Perpetuus (dictator for life). Upset with the direction Rome was going some Senators stabbed Caesar to death on March 15, 44 BC, or the Ides of March.

Despite this historical event, the assassination of Julius Caesar did not immediately cause people to warn others to beware. The phrase itself gained popularity from the Shakespearian play “Julius Caesar”. In the play a soothsayer warns Caesar of his impending doom by intoning: “beware the ides of March”. Shakespeare likely drew inspiration from Suetonius’s writings where a haruspex(entrails reader) named Spurinna supposedly had warned Julius Caesar that he was going to die in the next thirty days, which he did.

For more information on the life of Caesar check out these books:

The Lives of the Twelve Caesars: Julius Caesar